(asked by Anne from DC and – probably- currently in France)

The other day when I was visiting a friend in Paris, I noticed that one of the names listed on the interphone in her building was the Comtesse de Something (I can’t remember what). So what’s the deal? France hasn’t had a king from a royal line for forever and égalité is one of the core values of the Republic. Can you shed some light?

The deal with aristocracy in France is pretty simple. Not every aristocrat died during the Revolution (Unfortunately? No, I wouldn’t go that far…). The French Revolution was not about genocide but about democracy.

First, a common misconception abroad (and even among some uneducated French people) is that the guillotine’s main purpose was to kill aristocrats.
Well, if it had been the case, why bother with a guillotine? Torching their houses and gutting them would have been more efficient (or at least faster).
No, the thing is that the guillotine was just the “tool” to execute people who were being sentenced to death.

At the time, the surest way to get a one-way trip to the guillotine (apart from the obvious: mass murder, etc.) was to be labeled “Enemy of the Revolution.”
That included members of the aristocracy, but not all of them, some were actually in favor of the Revolution (the most famous one being the Marquis de Lafayette). That also included people from the commonalty, especially once Robespierre had taken over and lost it and started to sentence to death pretty much anybody that would disagree with him (until he was deposed and sent to the guillotine himself in the process).

So, even today, there are living members of the aristocracy walking freely in France.

The thing is, that the aristocracy and the titles that used to go with it have no legal value anymore. However, some people, because of the importance given to lineage and such in their family, or because they still hope to go back to the Monarchy one day (there are some of those in France, very few, but they exist) kept their aristocratic title, even if nowadays they only have the value you want to give them (great value among themselves, no value whatsoever for the rest of the people).

Keep in mind that it’s not the whole aristocracy that does that, just a few (most of them located in the 16th arrondissement of Paris and rich suburbs like Neuilly or Versailles). For example, I had a friend in college who technically was an aristocrat, but his family was your typical French middle-class family, and he couldn’t care less for his “noble” origins.

And while I’m on the topic, be aware of two things:

Not all people from the aristocracy are nobles from the Ancien Régime. The two Napoléons, while in power, created their own aristocracies, naming baron, duke, marquis, and so on, people who were close to them and that were “deserving” for various reasons (military success, financial success, personal favors done to the power in place, etc). I’m not sure what the relationship those “new” aristocrats have with the Ancien Régime ones, but I suspect the latter to despise the former. And yes, they know who is who, this is how much they care about ancestry and lineage.
This is also why if you proclaim yourself Marquis of whatever, you can fool a normal French person (but they will also think you’re a fool asking to be called as such), but you won’t fool any real aristocrat.

Also, not everybody with a “de” in their last name has noble origins. If the “de” is attached to the rest of the name (Dedieu, Debord, etc) it’s definitely not an aristocrat name but an old French name from the Middle-Ages (for example, Debord means “from the bank” of the nearby river), even though it can happen that – especially if there are many syllables after the “de” – the family was indeed an aristocratic one, but they attached the “de” to the rest of the name in order to not be seen as such (it could be because they were in favor of the Revolution, or because years later they didn’t affiliate themselves with the nobility anymore, etc.).

We also have families that for one reason or the other want to appear noble and managed to attach a “de” somewhere in their last name.
The most famous example is the one of former president Valery Giscard d’Estaing whose ancestors were just the Giscard family but because there was a “d’Estaing” at some point in the family (he seems to have a quite complicated family tree), his dad and other members of his family legally changed their names to Giscard d’Estaing in 1922.

On the other hand, Charles de Gaulle was from a real aristocrat family, even though a very minor one.

I hope I’m answering your question, and if you have any further ones feel free to ask.

Now for the fun facts section of the topic: 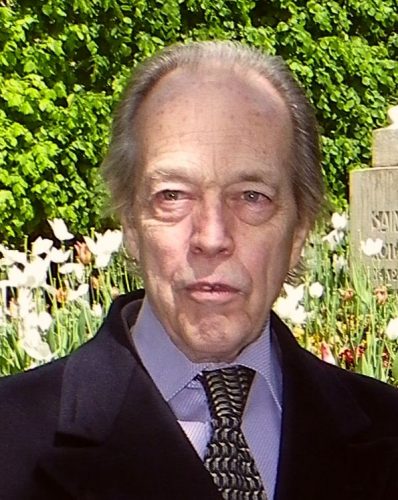 By the way, in case you’re wondering, if monarchy were to be re-established in France today, this man, Henri d’Orléans, Count of Paris, would most likely be King.

But many not, many as this man has a claim to the throne too: 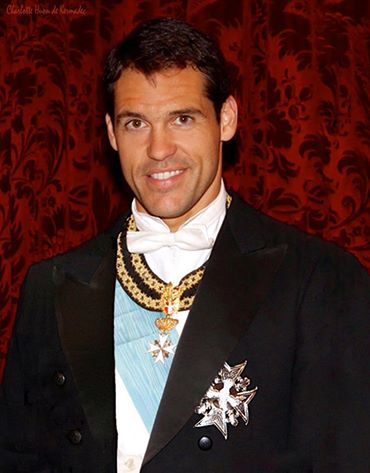 This is Louis-Alphonse of Bourbon.

Personally, I don’t really care. Well, Henri is somewhat famous in France and he seems like a pretty cool guy (and he’s pretty realistic about his “destiny”). Louis, I had never heard of before writing this post (he lives in Spain and all that), but he seems to take it a bit more seriously, which instantly makes me like him less.

In any case, neither will ever be king, but if they like what ifs, who am I to prevent them from playing this game?

4 thoughts on “What’s the deal with aristocracy in France?”