A short while ago, I told you about all of those old postcards from the beginning of the 20th Century that I own and that originally belonged to my grandfather. A certain number of them were sent by one of his cousin’s who was sent to the front of World War One. I wish I had time to translate what he writes, but unfortunately this won’t happen – just know that the most interesting part is how he doesn’t really talk about the war, as if to protect his family from the atrocities that are his daily life. What I will share with you though are the cards themselves. 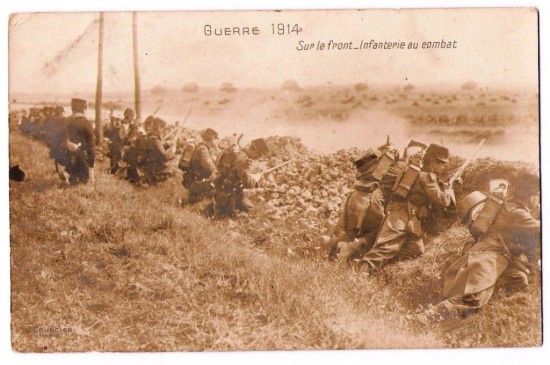 One interesting detail on it is that it just says “War 1914” as the war had just started and nobody imagined that it would last several years at that moment.

Winners at War – Episode 1: Greatest of the Greats