OK, as hinted in my previous post, French food will remain the topic of choice for a few more posts (not mentioning the “reserves” I’m making for future posts). The thing is that the weather has been quite crappy lately, so days have been spent mostly at the family home and I didn’t really go anywhere (a short trip to Toulouse, but I forgot to take pictures, whoops). On the other hand, I’m eating a lot of French food. Oh, and if you’re wondering why I’m not blogging more as I’m spending my days inside, the reason is that, beyond the obvious – spending time with my family- I’ve finally started watching Game of Thrones (just two years late) and I’ve been hooked. 🙂

Onto today’s topic, which is my Christmas eve’s dinner from a few days ago. I don’t know if it’s very typical of a normal French Christmas dinner (the main course is supposed to be turkey, even if I don’t really know anyone who actually eats turkey for Christmas), but it is pretty typical of what you’d eat if you ever spend a Christmas eve in my family.

It all starts with… raw oysters! 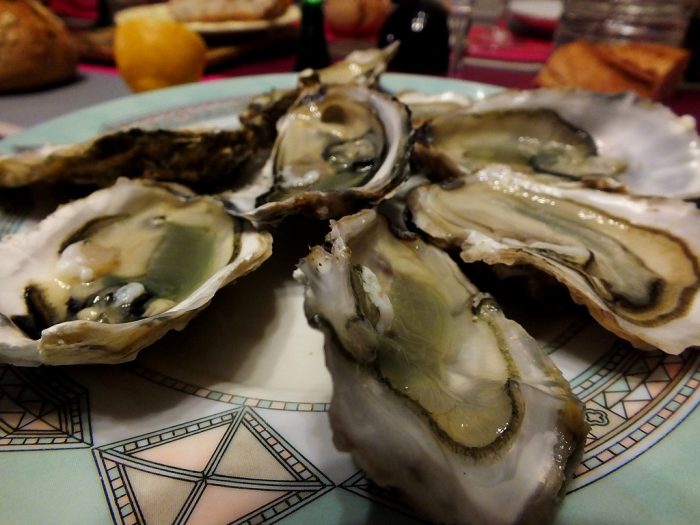 I don’t know about you, but I think I could kill for raw oysters. Problem, while oysters are not uncommon in Japan, they’re pretty much never eaten raw, and as a consequence I hadn’t had any in two years. I had missed them dearly and I’m trying to eat as many of them as possible while I’m in France. 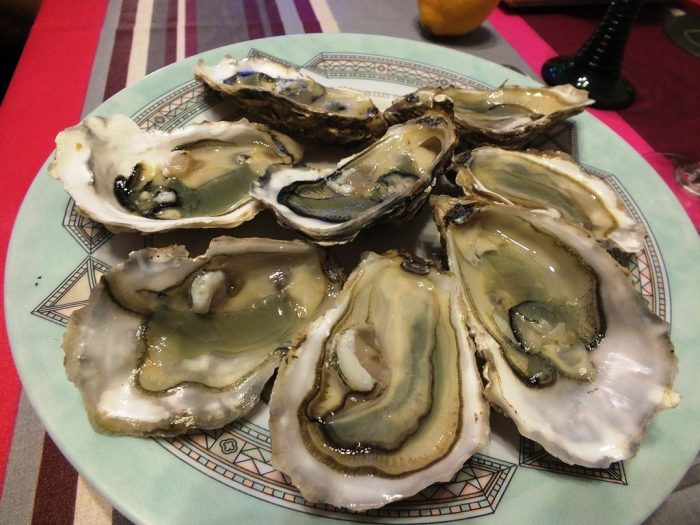 If you’ve never spend much time in the French South West, your image of foie gras may be very wrong in worst case scenario (I’ve tackled the issue before), but even in best case scenario, you may have in mind something very expensive bought in very small cans that you eat in very small quantities because it’s that precious.

Or maybe you have had dinner in a French family in the South West and in that case, this image won’t surprise you much: 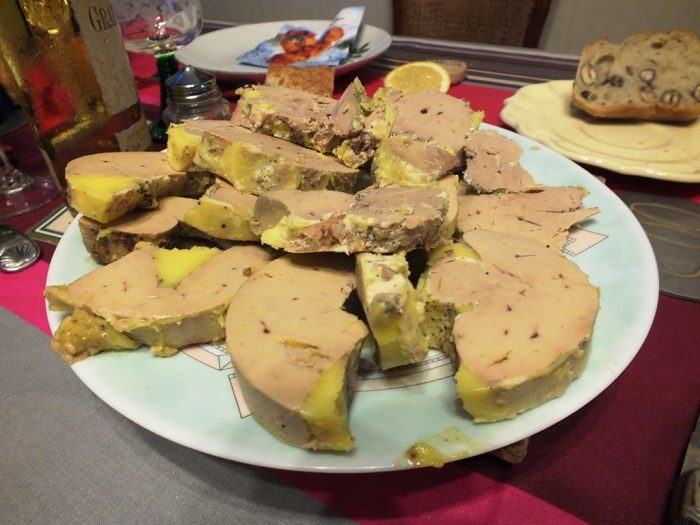 Yes, that’s all the foie gras that was served, for four people – we had leftovers afterwards. The trick is that it is homemade – this very one by my aunt. This is what it looked like in my plate – with some chestnut bread: 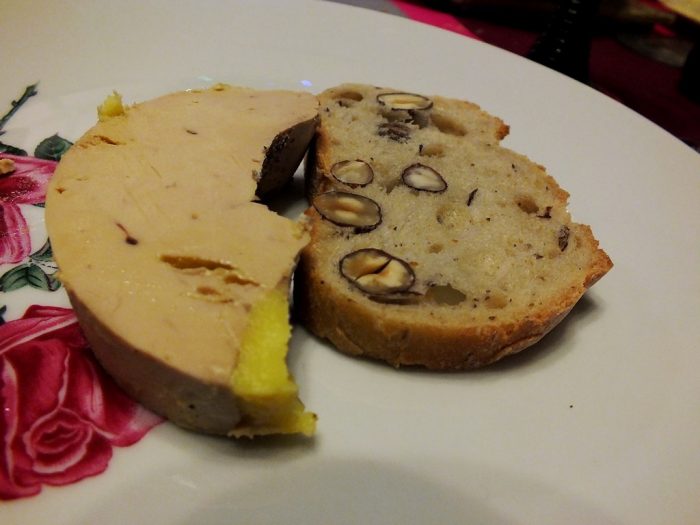 To be honest, I’m not a huge fan of foie gras, so let’s move on to the main course, which consisted in: 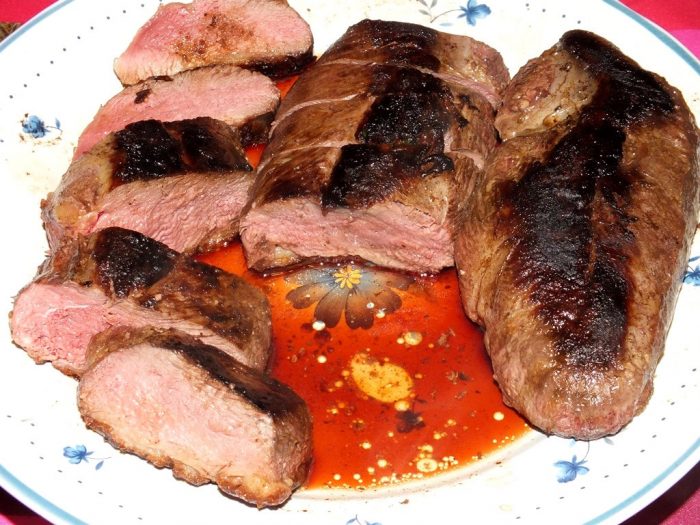 Duck magret, aka my favorite meat on earth… and… 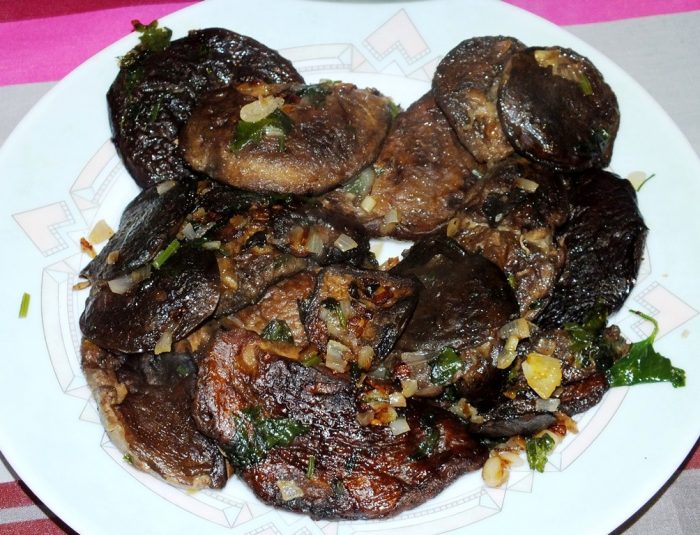 Cèpes, the best mushroom on earth… 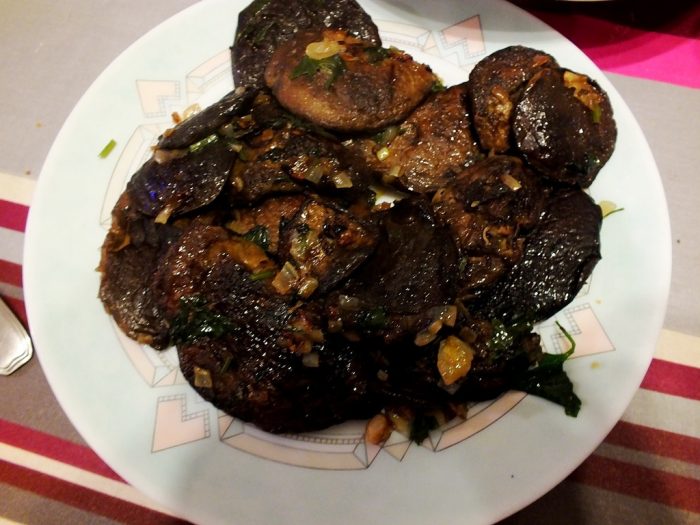 Here are both of them in my plate: 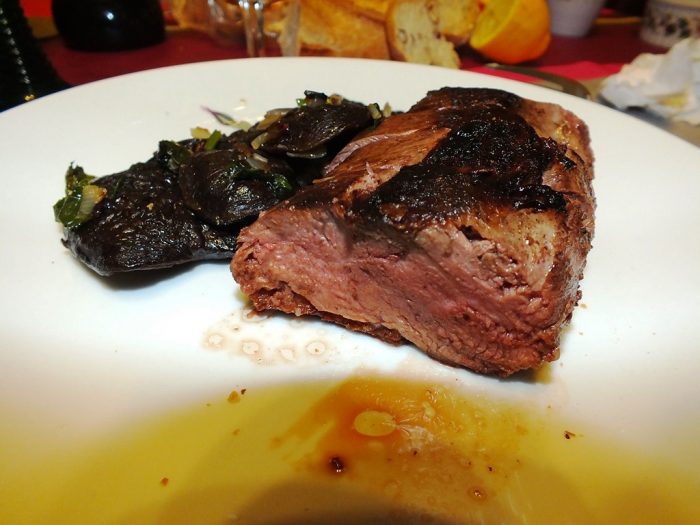 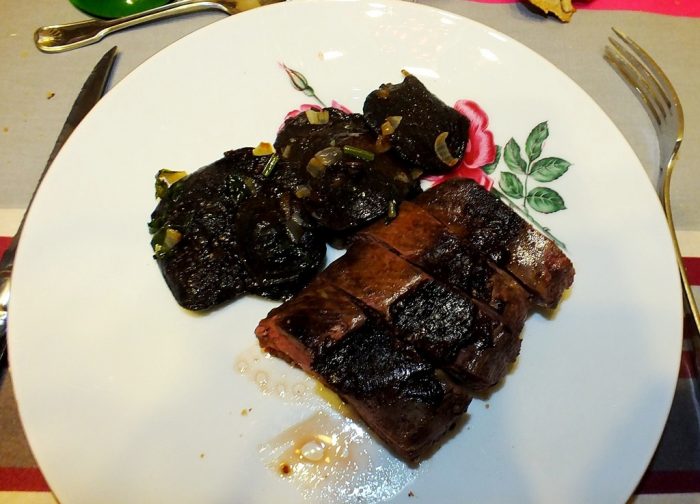 All in all, it was a simple but beyond delicious Christmas dinner. I realize that I didn’t mention the cheese, but there is always cheese in a French dinner, lots of different kinds. As for dessert, while a typical French Christmas dessert is a “bûche de Noël“, we simply had ice cream cake (forgot to take a picture).

I hope you had a Merry Christmas too.