So I skipped last week’s drawing for Inktober 52. It was Elf, and I wasn’t too inspired by it. It was either a Tolkien’s Elf, but I would have botched it for sure. Or it would have been something silly (Elf on a Shelf?), and I just was not in the mood for something silly, I guess.

For week 11, I was a bit more inspired by the prompt, Tower.

After a few backs and forths (still in a Tolkien mood, I almost drew one of his famous towers), I settled for one of the most famous towers in history (although “historical” may not be the proper adjective for it):

The Tower of Babel

At first, I wanted to use one of the classic paintings depicting it, like the one by Pieter Bruegel or Lucas van Valckenborch‘s, but they’re not exactly what I had in mind.

However, after some research, I found the perfect model. It’s a rendition by an artist named Ziv Qual, and you can see it on his site.

And here is my version (of course, it’s terrible compared to the original, remember that the whole idea of doing this Inktober thing is to learn how to draw): 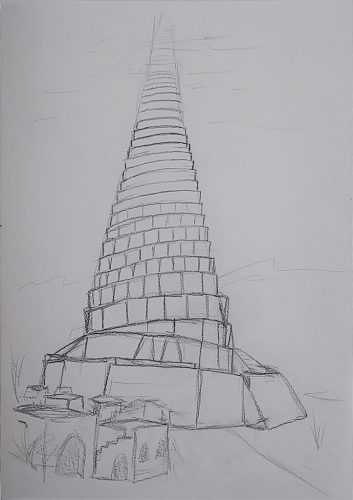 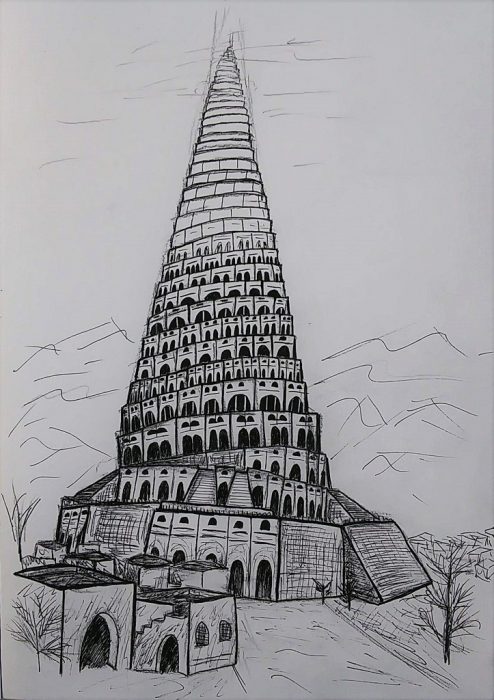