My first idea was to simply draw a playground swing, but it was a bit boring. My second idea was to draw swing dancers, but I find this hipster revival of swing dancing quite contrived and, I don’t why, unpleasant, so it kinda killed my motivation to draw this.

Playing with different expressions using the word swing, “taking a swing at” kinda stuck with me, because I always liked the cartoonish image it triggered in my mind despite describing a pretty violent act. And right after, he came to mind:

Inktober purists won’t like the fact that the last part of my “inking” was actually done in pencils, but I’m not confident enough to do that with black pens (I could have done it with gray ink, it’s true). And yes, I do realize that I messed up his left foot, it’s way too small. Interestingly, this is the first thing I drew, so it’s actually the right size and it’s the rest of Popeye that’s too big. 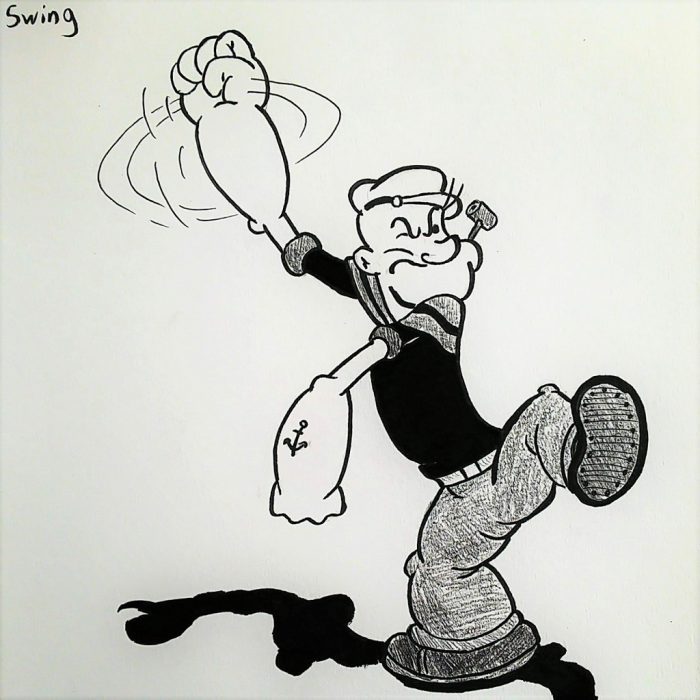