Skip to content
Well, well, I guess I have to talk about them two too. Even if I wish they’ll be number one and two voted out, I know the producers will find a trick to have them around a little longer, so like it or not (not in my case) we’ll have to deal with them for at least a few episodes. 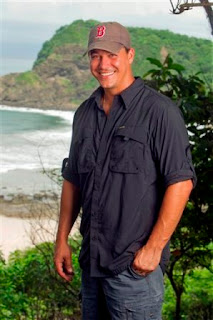 I see how he will be edited, just by the way Jeff Probst talks about him. He will be the redeemed ex-villain. He has been really bad, now he’s back one last (?) time to prove that he can be a hero. And believe me when I tell you that he will be the hero (regardless of his actual behavior out there) when the editing is done. 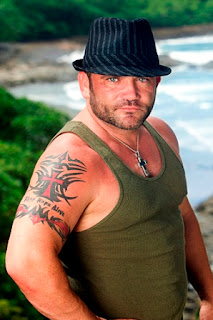 Here is how it’s going to play out for him. Depending on his currently relationship with Survivor powers that be regarding a certain incident, he’ll be depicted as either the Survivor Über-villain or a pathetic fool. In any case, even if he was great to watch in Samoa, I got tired of him some time during Heroes Vs Villains, seeing him three times over four seasons is way above what I can appreciate and I hope to never see him again after this season is over.