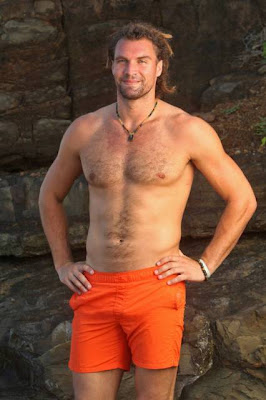 29 year-old personal trainer (ex NFL player) from California.
From afar, Grant looks like the obligatory all-muscle no-brain male hunk. But I think he’s way more than that to him and not just because he’s an ex-NFL player (what’s up with that Survivor-NFL connection by the way?)

One thought on “Survivor 22: Grant Mattos”