Skip to content
Ok, I’m back at commenting Survivor.
So, the merge happened earlier this season. I think this is a good thing, as it’s stupid to have people in the jury that didn’t get to play with everybody. On the other hand, I suspect that the merge happened earlier in order to save Marty, because let’s admit it, having Marty voted out early would have suck for the show, the rest of the season would have been less interesting. Oh well. 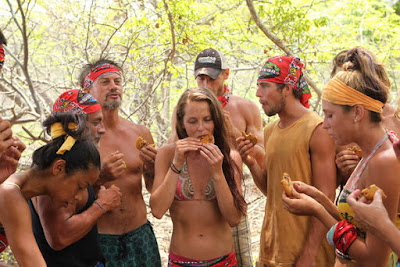 Next Week: It seems that Naonka will finally get what she deverses, but really I don’t know. Marty could have his hour coming too.
Prediction for the Winner: Jane, Sash or Brenda.