Skip to content
Is it just me or is it that this season of Survivor is not wasting any time to become entertaining. I guess the producers learned from their mistakes of Survivor Samoa and understood that casting only one member out of twenty with personality was not a great idea when one can cast 20 or so of them. In any case, I don’t think I’ve ever seen a second episode that entertaining so far.
La Flor Tribe
I knew it wouldn’t take long before “team spirit” disappears and that a bunch of people start going at each other throat. Although, this team could be united without trouble makers like Shannon and Naonka. Now that one is gone, and that the other should be gone soon, maybe they’ll be less dysfunctional, we’ll see. 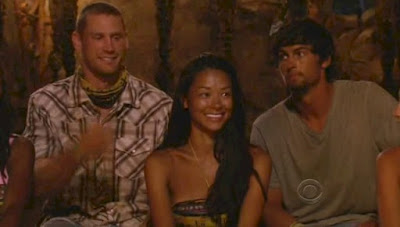 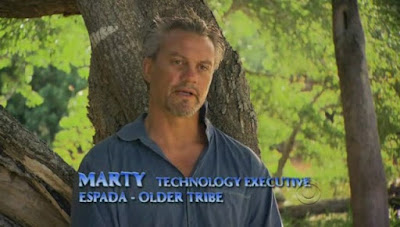 They’re still the more interesting tribe, but I’m afraid that they will self destruct if they can’t win challenges without the Medallion of Power, especially now that alliances and affinities are starting to be more defined.
Next week:Apparently it will all be about Naonka’s antics and the battle of the two Jimmies next week. And if those storylines are developed, that can only mean that Naonka as well as one of the two Jimmies won’t last long…Merge Predictions: Brenda, Sash, Kelly B., Benry, Chase on La Flor and Jane, Jill, Marty, Yve and Tyrone for Espada.

Winner: It seems very obvious that’s it’s going to be Brenda or Marty, so obvious that I’ll pick Benry for La Flor or Jill for Espada.