Skip to content
That’s it, Survivor 20 is almost in full throttle at episode 2, well at least on the Heroes side, the Villains side had almost no airtime so far except for Boston Rob. More on that in his paragraph.
Heroes 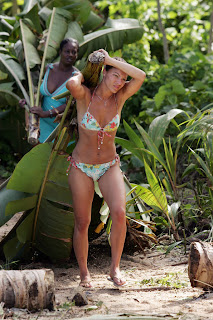 In her exist interviews she said that she left the game with class and integrity.

Sorry Stephenie, but you didn’t. At all… Targeting Amanda because she’s the weaker player. Big fat lie, and worse, it’s mostly a lie to yourself. As I mentioned a few paragraphs ago, not only Amanda is the strongest woman in your tribe, but she’s also the strongest woman in the show, and definitely one of the strongest woman to ever play the game. And that you don’t like, because before Amanda, you were the one in that position, and you’re just one of those players whose ego got too big, and you can’t accept the truth: that you’re not the strongest anymore, that you’re not the most popular anymore and seriously, I’m sure there’s some truth in what James said about the fact that if you were so likable in Palau it was before of the “romantic/emo” editing you got, because you were the last one in your tribe. Truth is, that season you were a loser, and that you don’t like to be reminded either. All in all, it’s a good thing you were such a disappointment in Guatemala (not a disappointment in your performance of course, but a disappointment in your behavior), and now I’m sure that personality, the one we saw in Guatemala and in Samoa is the real one. Sad.
Tom Westman
Now, I remember why I didn’t like Tom in Palau. It was the self-righteousness, thinking he’s better than everyone, giving lessons in an almost bully way attitude. This is what happens when you think you’re perfect. You start thinking that everyone different from you is imperfect and must be taught a lesson. And that makes you a jerk. And seriously, the way you talked back to James was totally condescending, and worse… I wouldn’t say racist, but at least very patronizing and insulting the way you used “Y’all”.
I hope you go soon. I really do.
Villains 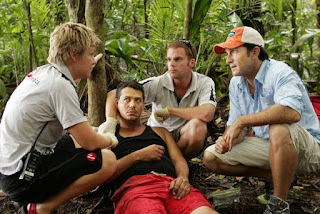 Merge prediction:
I see a merge with 12 people, to keep the suspense of a final 2 or a final 3, and is there’s no big twist (I’m pretty much sure that tribes will be reshuffled before the merge, I’d like a “challenge” where everyone votes whether that contestant is a Hero and Villain, remember Courtney’s “Cassandra edit”, in the preview for episode 3, she tells James “you should have been on the Villains tribe)).
So, let’s say: Amanda, JT, Cirie, Rupert, Candice for the Heroes, and Coach, Courtney, Danielle, Randy, Boston Rob, Russell, Tyson for the Villains.