I know, there aren’t really any rules to Inktober, but still, it’s called Inktober, so the only rule is that the drawings should involve ink. If I understood correctly, Jake Parker, the guy who started the challenge is an inker and his reasoning behind the whole thing is to promote inking.

And that’s where things get complicated for me.

See, there are some drawings I make that I find almost decent with pencil, but once inked, it’s a completely different story. It’s the main reason why yesterday’s entry lacks details for example. And today, I had another problem.

Once again, I did two versions of the same drawing – today’s prompt is spell – but I liked the first one much better originally when it was with pencil only. Except that I messed up the inking. I wasn’t too sure how to do the stripes on the bee’s abdomen, and I tried my grey pen. Big mistake (not mentioning the leg that became too big). Only with the second drawing, I found a satisfying way to do the stripes, except that I don’t like the second drawing that much.

And of course, I didn’t take a picture of the pencil-only drawings this time.

Oh well, I guess that’s part of the learning process. 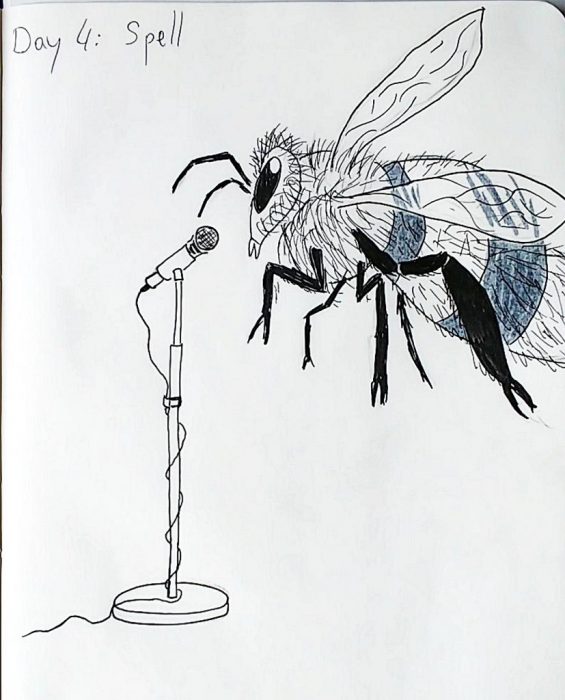 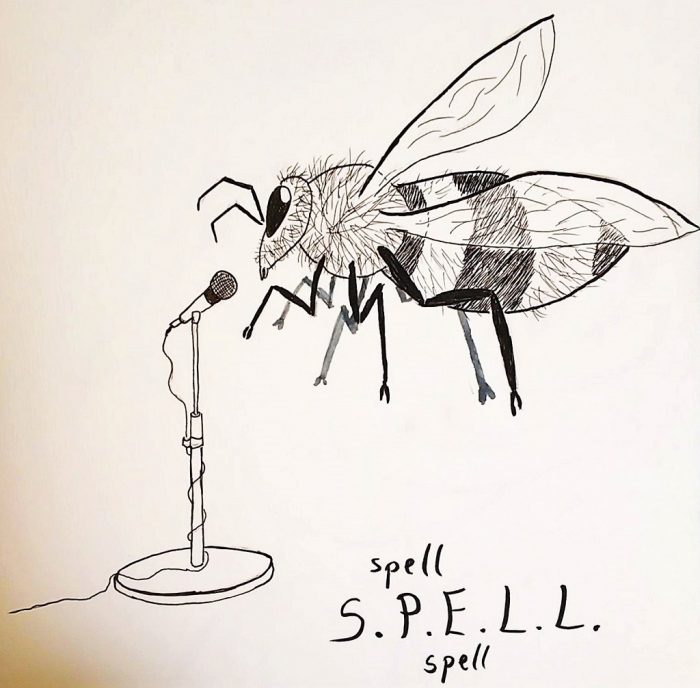