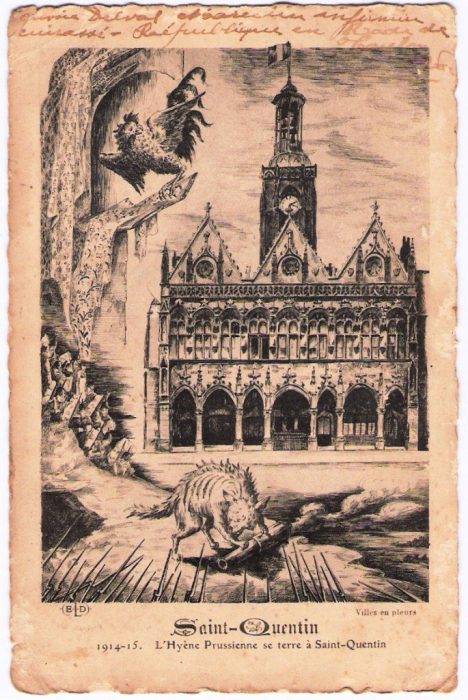 The sub-title says “the Prussian Hyena is hiding in Saint-Quentin.”

An interesting propaganda postcard dating probably from 1915. To give you some historical background, Saint-Quentin is a small city from the northern part of France and it was occupied early on by German forces during World War One. It never ceased being near or on the front-line during the entire war and ended up being destroyed almost completely. While it was rebuilt after the war, it didn’t regain its prewar size before the 1950’s.