I try to stay away from non-French politics on this blog, but what’s have been happening in the United States recently is extremely worrisome for everyone. American citizens, but the whole world really.

However, today I won’t speak about the elephant in the room (or rather the nasty blond pig) but about what the Republican Senators want to do.

Their “healthcare” bill is an ignominy in so many ways. 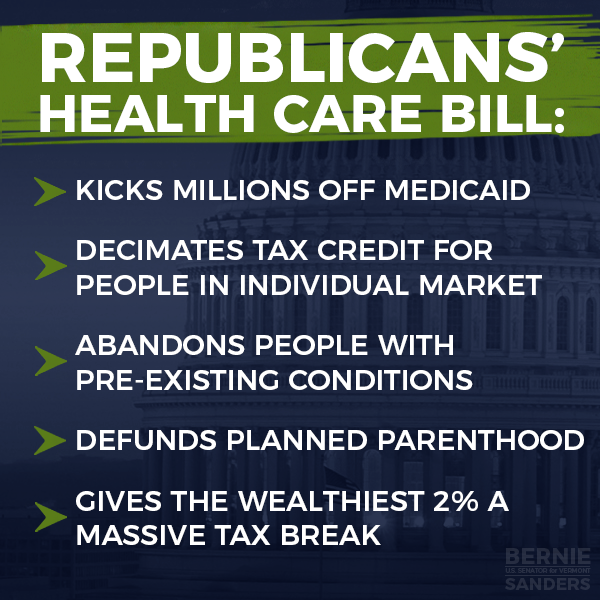 Something you have to understand, and I know it seems to unrealistic, too unbelievable, but when one wants to pass such a law, the goal is not just to make rich people richer.

The goal is also (and mostly) to weaken the rest of the population as much as possible. Making it poorer, sicker. The goal is to kick the general population down and make sure it stays there.

The goal is to have a society with two kinds of citizens; an all-powerful oligarchy and masses of plebes whose lives simply don’t matter.

The goal is to extend the type of predation and parasitizing that the United States has been exerting on many other countries onto its own citizens.

The goal is to make the Ivory Tower stronger, and more impervious to outside attacks.

And in the grand scale of things, when most of the planet becomes inhabitable in a few decades, the goal is to ensure its own survival at the rest of the world’s expense.

Keep that in mind. They are fine with millions dying, even billions. This is not an issue for them.

This is mass murder, this is a crime against humanity.