I alluded to it yesterday, but sometimes I wish Inktober was called Pencilctober.

I know there are no rules and all that, but still, I guess using ink is part of the deal.

See, for today, Precious, I made a drawing I was kinda proud of (something that doesn’t often happen), but I kinda screwed it up when inking it.

Let me show you: 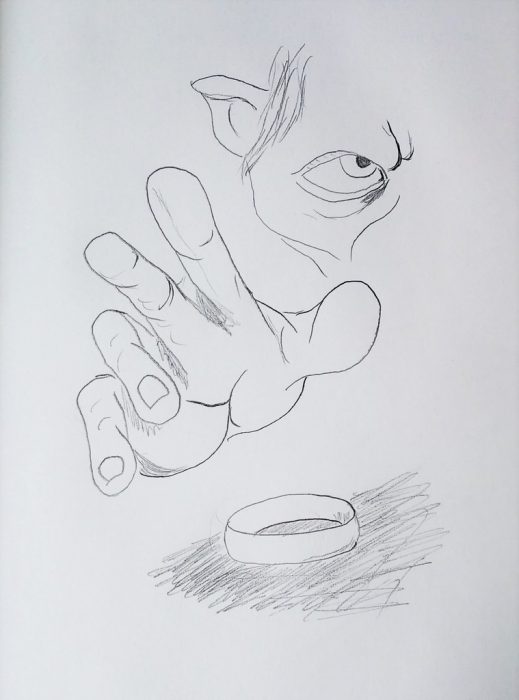 See, this is the original drawing in pencil, and it probably is the best one I’ve done in years. Not great, still nowhere near the level of an “actual good drawing”, but at least it was something I was somewhat proud of.

Then, came the inking. The first step is just tracing the pencil, so nothing too special (actually both drawings are so similar that I’m wondering whether I didn’t make a mistake and those two scans are both of the same stage of the drawing?): 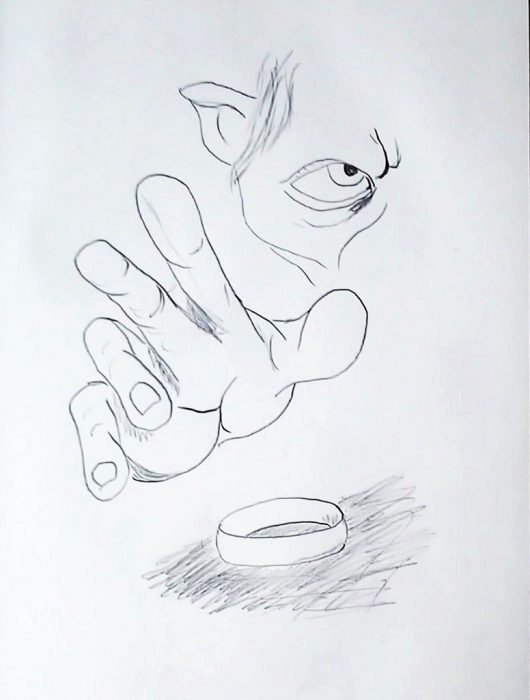 Then, the difficult part started. The drawing was supposed to be dark, not light.

I mean, I like “light” drawings for a few reasons. One of them is that I’m afraid to mess them up if I darken them.

And this is what happened during the next stage. I’m talking about the hand here: 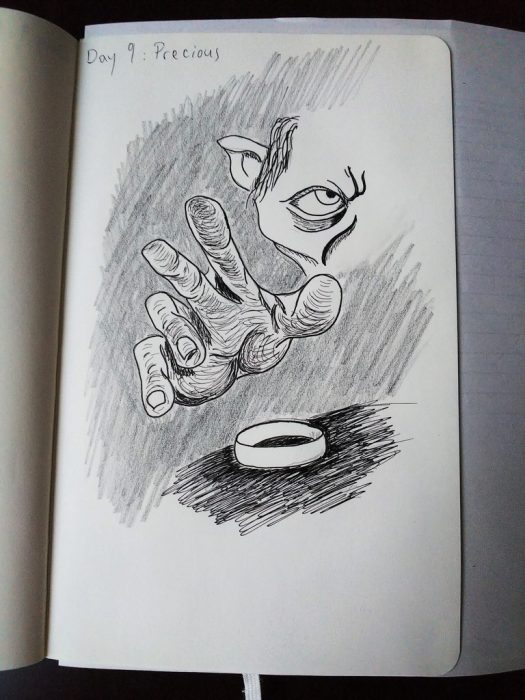 After that, I was really scared to actually blacken the background. Nonetheless, I tried: 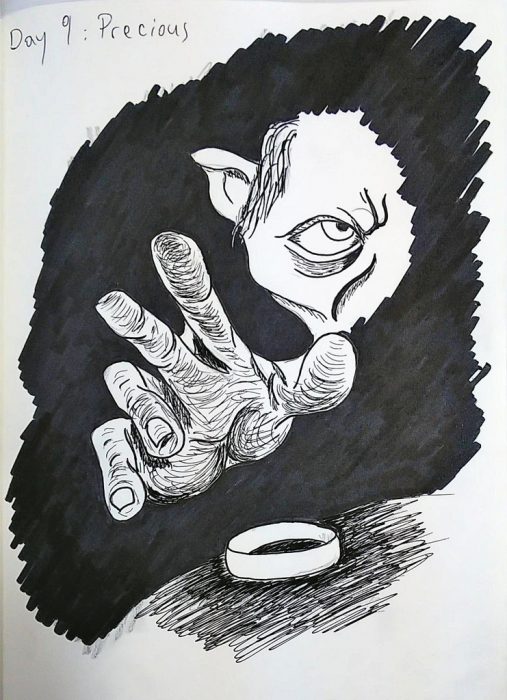 Actually, the black background kinda salvages the hand a little bit, but now the drawing looks unfinished (because it is) as I’m too afraid to touch the face. It should also be darker, it looks too white there. But there is no way I touch anything more to that drawing.