So, here we go, let’s start with the first word of this 2018 edition of Inktober, and it’s:

So, sure, a snake is not the most original thing, but I’m not trying to be original here, I’m trying to find something I can draw for the first day of this whole endeavor.

This is the first one I drew (from a picture): 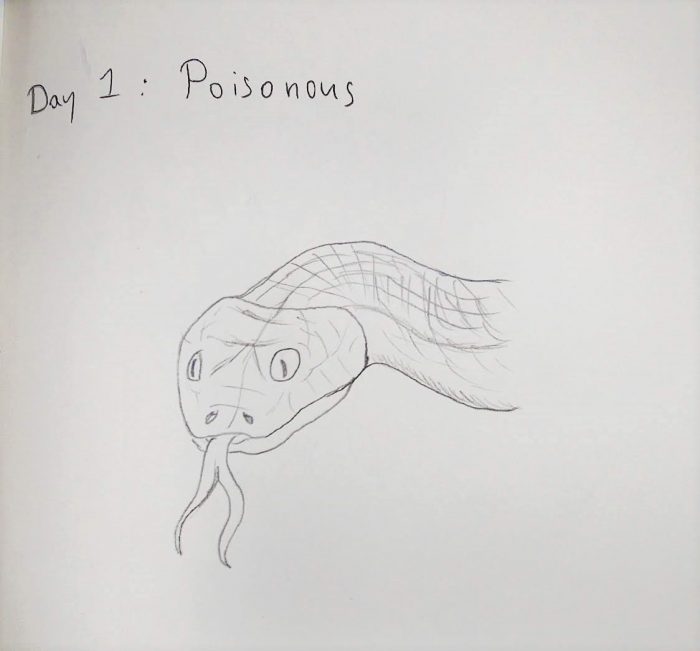 But here is the thing, I had picked a nice notebook to make my drawings, but after a few days, I realized that the paper was a bit too thin for subsequent inking, so I redid a few of them (the ones I could reproduce basically) on thicker paper.

Version two of the drawing: 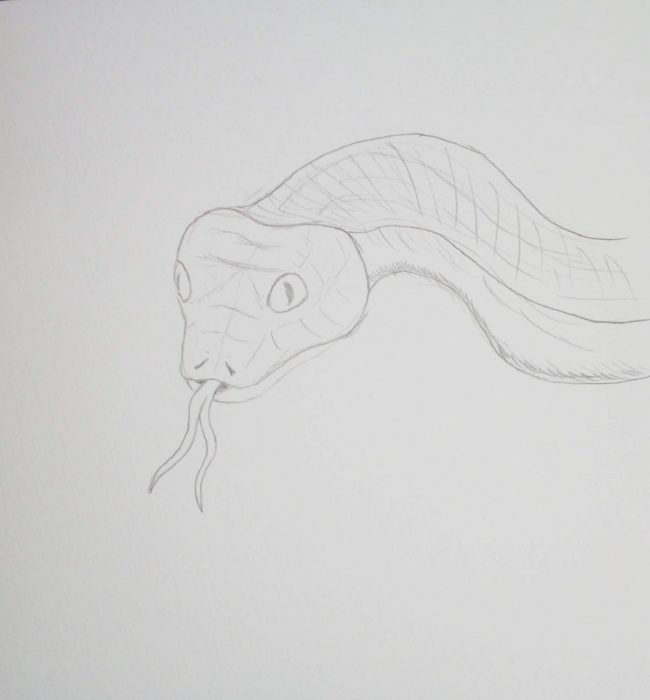 Those are with pencil, as it’s called Inktober, there must be some ink involved in the process at some point, right?

So here are the same two drawings, but inked: 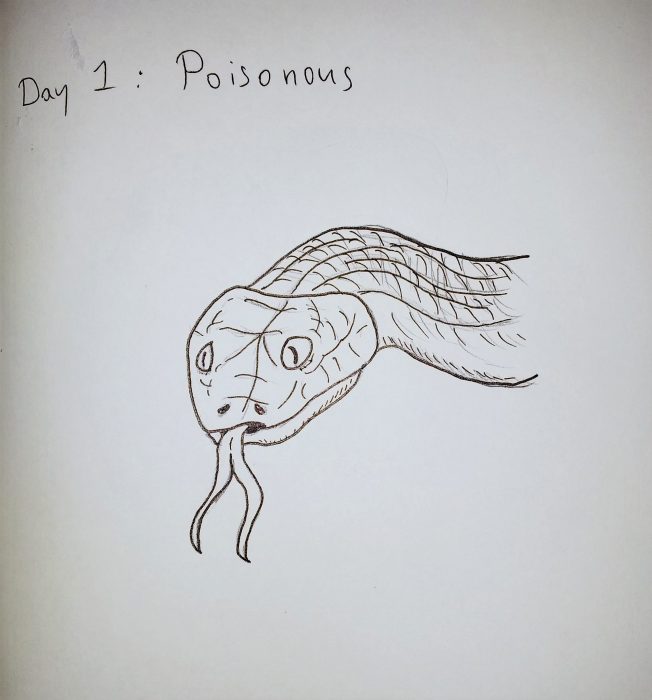 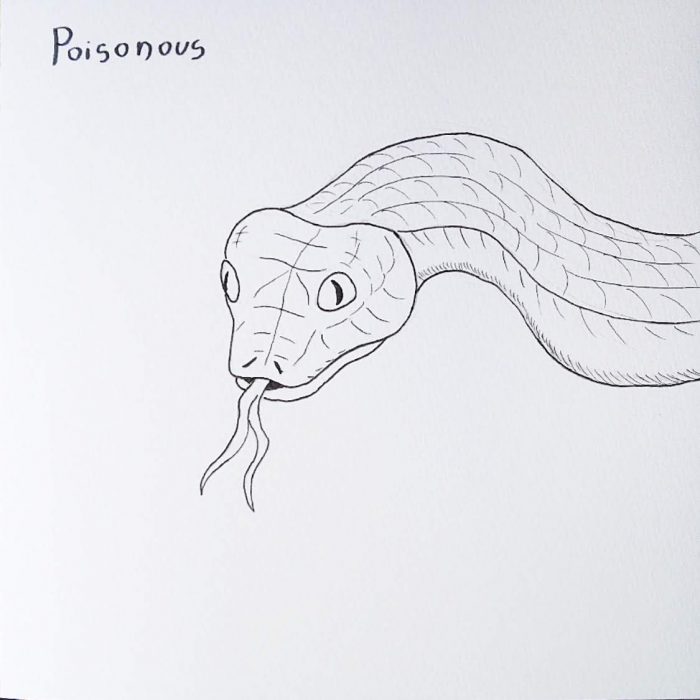 I find it interesting that with the pencil only versions, I like the first one better, but once inked, I like the second one better.

Overall, I’m somewhat satisfied with these drawings. The heads aren’t too bad, but as far as the body is concerned, that’s another story.

See you tomorrow with “Tranquil”