I haven’t written anything about the events of last Friday night in Paris. Not sure why. Maybe I don’t really feel like expressing myself about them yet. Maybe I simply don’t have much to add to the whole thing. That and the fact that it feels so unreal to me… Maybe because I’m so far. Here, it is just some news… Sure, some major news, but just some news. Meanwhile, back home, everyone has probably been changed, probably forever. Some people talked about a French 9/11, and that’s pretty much what it is, if not in scale, at least in trauma for France and the French population.

I’m gonna try to say a few things now, but it may turn out to be a not very interesting post. Not sure, we’ll see, I’m just typing as I’m thinking, no preparation, no structure, nothing, just random thoughts.

So, it was Saturday morning in Japan, I woke up at 7 am (Friday, 11 pm in France) as usual and drank my morning coffee while reading my Facebook newsfeed before going to work as usual.

Suddenly, something is not right. My friend Samuel mentions a shooting in Paris. I’m intrigued, but I think about some crazy guys, some gangsters, not sure what… Then I hear about an explosion near the Stade de France… Wow, strange coincidence… And then a hostage situation in the Bataclan… No more doubt. Those are not coincidences…

I spent the following 30 minutes glued to my computer screen as the news unfolded, including some contradictory ones (no, there was no shooting in the Halles after all), but the reality was there, a major terrorist attack was unfolding in Paris… It instantly reminded me of the attacks on Mumbai in 2008; they were different from the usual terrorist attacks, they didn’t target one spot or two; the whole city had suddenly become a target. And now that target was Paris.

And then I had to go to work…

I’ve never felt more disconnected from my host country than on my way to work that Saturday morning. I had the live feed from France Info on my phone, trying to follow what was happening, and all around me, people were just going about their morning, completely unaware of what was happening 10,000 kms away. It’s in those kinds of moments you truly feel alone as an immigrant, when something happens in your home country and you’re disconnected from it in many ways.
Disconnected because the locals are unaware of the thing, or they simply don’t fully understand it (truth is that most Japanese don’t fully comprehend terrorism and what’s going on in the Middle-East – too far, too remote, too unrelated to Japan).

In case you’re wondering and worrying, no, I didn’t know anybody involved in the attacks (I instantly thought of my old roommate, but she stayed at home that night), but they took place in a neighborhood I’m quite familiar with. I walked countless times in front of the Casa Nostra pizzeria, and I have attended concerts in the Bataclan. When reading and hearing about the descriptions of the attack inside, I can perfectly visualize it.

When night came and I got home to start that very long week-end, I just became glued to my various newsfeeds for hours and hours at a time. I still mostly am, a few days later. Why? Not sure. Maybe to fight that isolation, here in Japan, sure the media is talking about it, but the people don’t. I’m not surprised anymore, it’s not the first time something happens abroad that I would expect people to at least small talk about it, I guess that’s just not something Japanese people do. So, I turn to social media instead. Ironically, a few days ago, a friend and I talked about how we consume too many news, and by “we” I mean he and I, but also everyone else. It’s true that I’ve been trying lately to reduce the amount of news I ingurgitate every day, but right now, I’m turning more towards some sort of bulimia.
Another thing, while I got messages of sympathy from several friends, nobody else has really talked to me about it here, I mean Japanese people. Only today, a teacher I barely know, in a private community college where I just started giving lessons asked me if everyone was safe among my family and friends. He, and my Nepalese students in that same college. They’re the only ones, apart from my French friend previously mentioned and my wife with whom I talked about it face to face. Another cultural difference probably. We, French people need to talk about this with people that are part of your everyday life, the Japanese don’t.

During this terrible Saturday morning, it was not only horror. I tend to give Parisians a lot of flak about their friendliness or lack thereof, but as they say, my faith in humanity was restored, by Parisians, at the same time people were still dying inside the Bataclan. Two things started happening on Twitter. Somebody launched the hashtag #porteouverte (open door) as a tool to signal to people who were stranded outside and couldn’t get home (metro lines being shut down, I assume busses too), places where they could take refuge. In other words, at the darkest hour of the attacks, hundreds of Parisians opened their doors to total strangers to help them, protect them, give them shelter. You don’t know how much this touched me.
Also, more and more tweets and retweets surfaced about people asking for information about missing people, and at that moment Twitter could do what nothing else could do, create a direct line of communication and information. Some of these searches had happy endings, some didn’t, but this mutual aid was heartwarming.

Now, a few days later, seen from 10,000 kms away, things are so strange, but I’m afraid, I’m very afraid for my country.
I’m not afraid of other attacks, I know that unfortunately they will happen, it’s not about if, it’s about when, and it’s something French people (and probably more than just French people) will have to learn to live with for a while.
What I’m afraid of are the consequences of all of that.
The attacks were still underway when the President already talked about war. Two days later, the Republicans (the French Right just renamed itself recently, now they share the same name as their American counterparts… the same loonies and assholes too) are out for blood, and the Muslim population of France will be even more ostracized (nevermind this is what pushes some many disenfranchised youth to join the ranks of Daesh in the first place) and personal freedoms will be torn apart even more than before.

So, yes, I’m afraid for the future of my country.
In 2001, the terrorists have won in the US and the country hasn’t been the same every since.
In 2015, I’m afraid the terrorists are winning in France, seeing the reactions of our leaders. François Hollande’s words lately sound so much like George Bush’s back then, it’s worrisome.

Why is it that our leaders seem to unable to understand that? 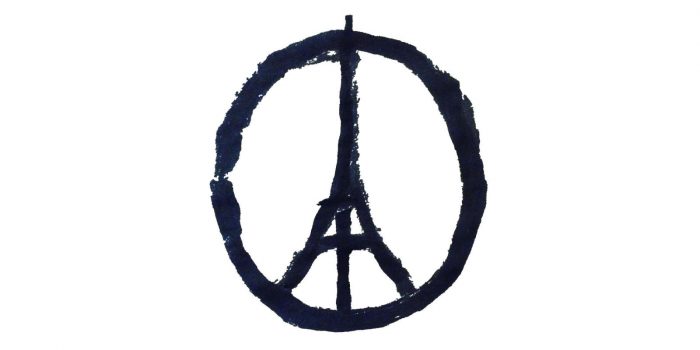