So, this was my Christmas dinner: 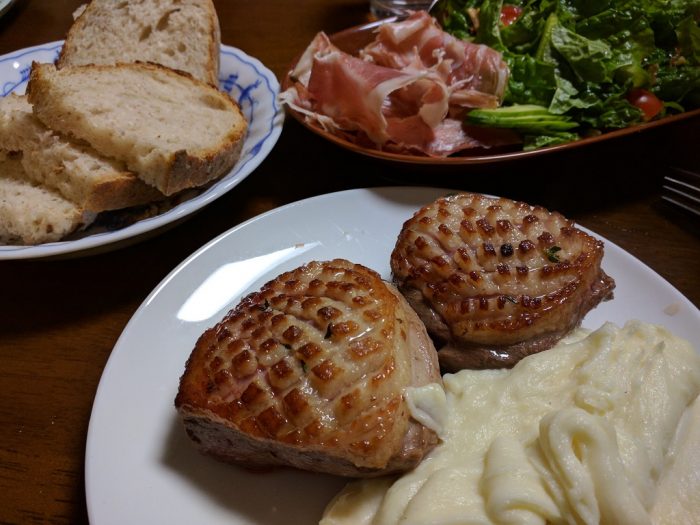 In case you’re wondering, here is what was on the menu : Duck magrets, aligot, Parma ham (I’m being told that the Italian term is used in English for some reason, probably sounds sexier than just “ham”, so I meant, prosciutto di Parma), country bread (wait, apparently in English the French term is being used to, so pain de campagne that is. What’s wrong with using English terms for those?) and some good old salad (lettuce, cucumbers and tomatoes).

That would be a very normal meal back home in South Western France, but here in Japan, it’s priceless. And in case you’re wondering, this is what a typical French Christmas dinner would look like (at least in my family, there will be some variations):