The Monument aux Girondins (also know as the Colonne des Girondins) is one of the landmarks of the city of Bordeaux.

Located on the western end of the Place des Quinconces, it stands at 54 meters high.

It was built between 1894 and 1902 to commemorate the Girondists.

It’s been considered a Monument Historique since 2011. 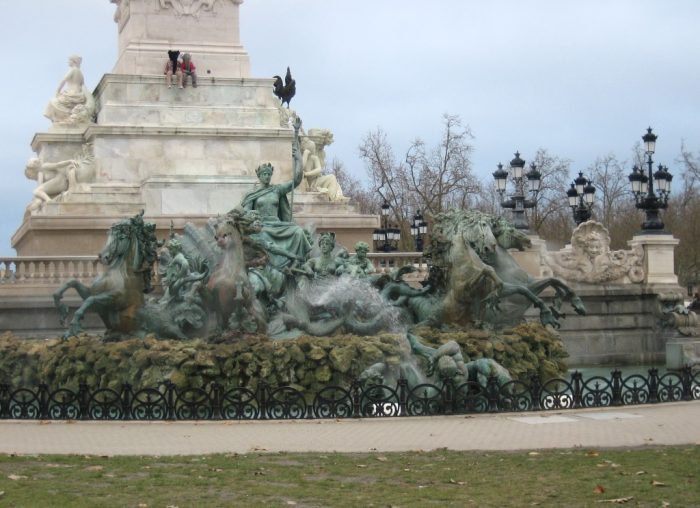 The Fontaine des Girondins (Girondist Fountain) is an integral part of the monument. 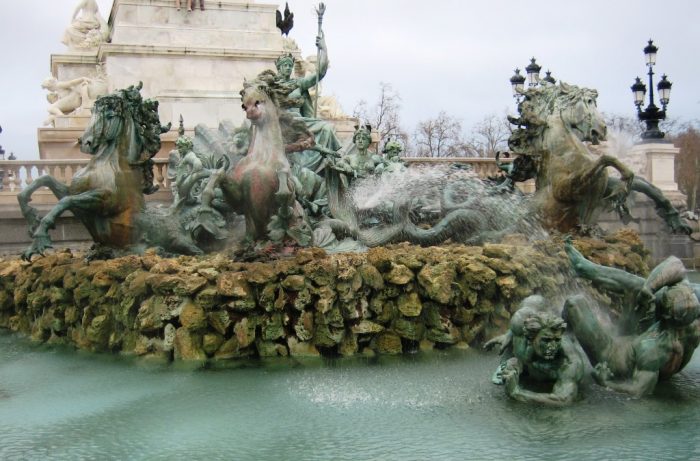 Those statues have lived some pretty crazy adventures. In 1942, the Nazis who occupied Bordeaux (and most of France) took them out, apparently to melt them into cannons. For some reason, that never happened and they were found intact in the city of Angers after the Liberation. While they were returned to Bordeaux in 1944, they stayed partially abandoned nearby, and it’s only in 1968 that they were finally restored and re-installed to their original location and glory. 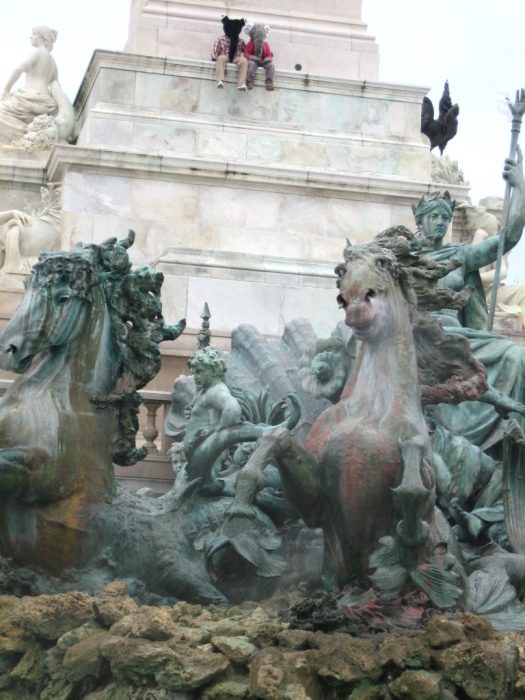 Yes, I know what you’re wondering. Here is a close-up : 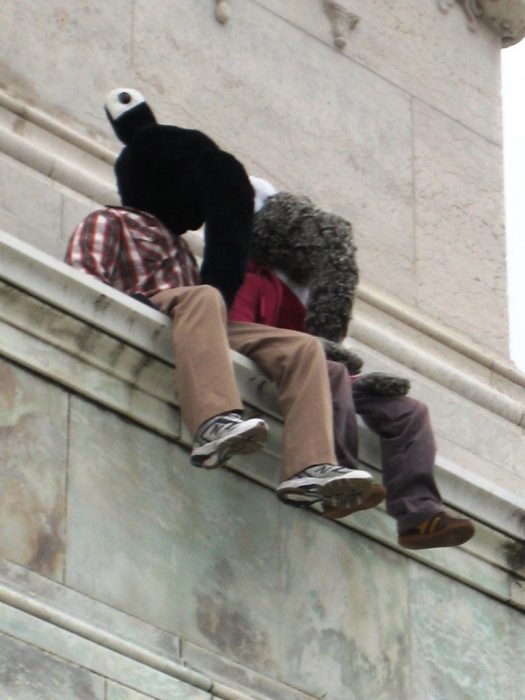 And no, I have no idea who/what they are and who put them there. Is it an art installation? A joke? Something else? No idea.