I’ve recently come upon a French cultural personification called “Marianne.” My simple assumption is that she is somewhat of an analogue to “Lady Liberty”, “Uncle Sam”, or “John Bull.” For the purposes of illustration, what symbols/posture/demeanor/etc. denote a female figure as Marianne? What visual symbols/posture/attitude/etc. are not acceptable, or taboo, in the depiction of Marianne? Is Marianne still relevant and recognized as a symbol of France to the French people? Is she a useable, recognizable, character If I want to illustrate/depict France, or the French people? My online searches turn up a few dry facts but, little in terms of real opinion or feeling. I’d like to attempt a concept or illustration and I am looking for leads and education. I would really appreciate some input/links/direction upon the subject, if you have any to offer.

artistically and ignorantly yours,
Evan, from the US

Hi Evan and thanks for those very interesting questions.
Let’s start answering them one by one and add extra information if needed as we go.

Concerning Uncle Sam and John Bull, my answer is yes and no.

Yes, because she started as a popular culture personification of France the same way Uncle Sam and John Bull did with their respective countries. Her origins are not clearly defined as it’s always the case with old-time popular culture, but she was definitely born during the French Revolution and quickly became an allegory of the French Republic. And this is an important point. Marianne really symbolizes the French Republic more so than France itself. Sure, today, both concepts are intermingled and are pretty much indistinguishable from each other today, but that was not always the case.

A major difference with Uncle Sam and John Bull though is that while they stayed popular culture icons, with time (during the Third Republic), Marianne has taken a somewhat official status in France, to the point that today she is one of the officials symbols of the country and she is used in official institution iconography.

Concerning Lady Liberty, things are a bit more complicated as one can say that the Statue of Liberty is pretty much an avatar of Marianne. I know that some Americans won’t be pleased hearing that, but as Marianne became the allegory of the French Republic, it also became the allegory of its motto “Liberté, Égalité, Fraternité” and as such, the allegory of Liberty and Marianne were merged as pretty much the same entity. And that was before Bartholdi sculpted the Statue of Liberty. So in a way, Lady Liberty and Marianne are one and the same.

While there is no official representation of Marianne, there are obviously a certain number of recurring elements that depict her. She’s obviously a woman, a rather young one, although her face is serious and full of wisdom and experience. While she very often wears a Phrygian cap, this is not compulsory. She also can be represented with a crown of laurels or of light. Beyond that, there are many variations depending on many factors (historical context, intent, etc). One can note that many elements pertaining to her representation draw from the Antiquity and sometimes from Freemasonry too (both being the main sources of the Enlightenment).

Here are a few common depictions of Marianne: 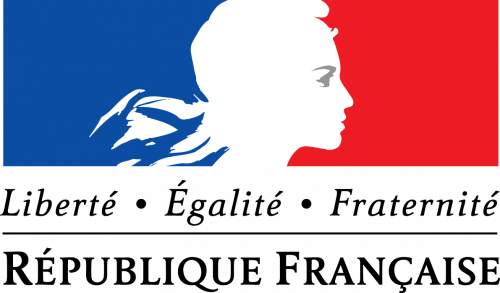 In 1999, the French Government designed an official logo that is now present on every official document and Marianne holds a prominent position in that logo. 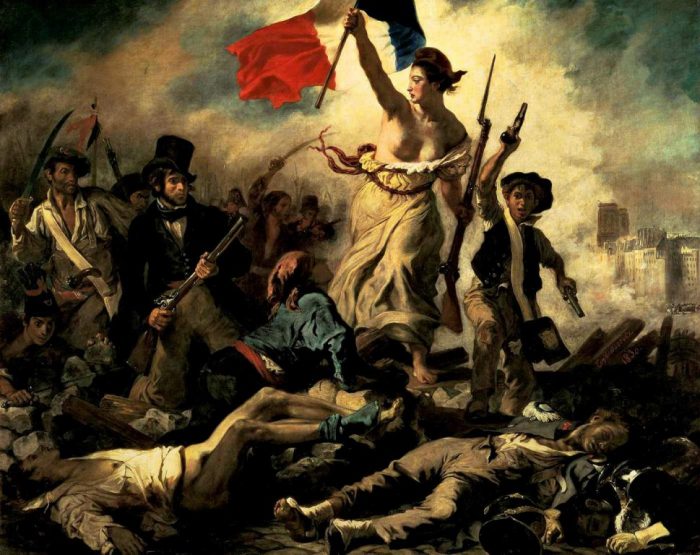 The most famous depiction of Marianne may be this one, on the famous painting by Eugène Delacroix. Note that the painting is called “La Liberté guidant le Peuple” (Liberty guiding the People). 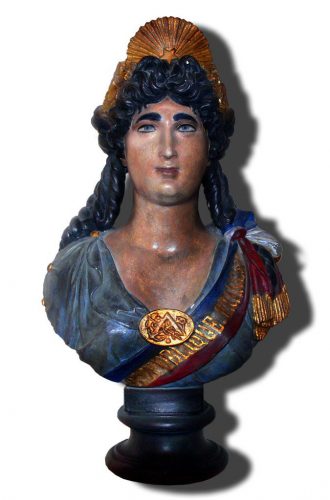 This bust of Marianne dating from the 19th Century shows her without the Phrygian cap. Note that while it is not required by law, it is common practice for city halls to have a bust of Marianne somewhere in the building (usually in the mayor’s office). While no official bust exists, most mayors tend to have the bust chosen by the Association des Maires de France (France’s Mayors Organization) and since the end of World War Two, this bust has usually been modeled from a famous actress, singer, model, etc. When this article was written, it was actress Sophie Marceau who “was” Marianne in most French city halls. 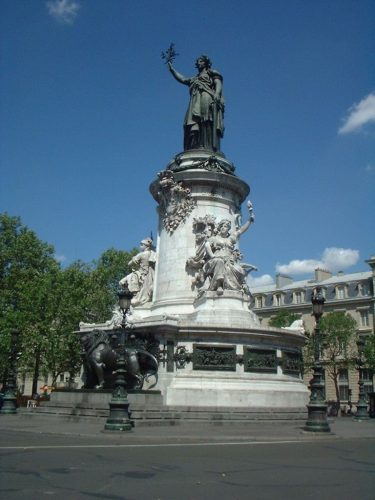 While the statue on Place de la République in Paris is technically called “la République” and not Marianne, it is indeed her. The same thing goes for “la Nation” statue that is located Place de la Nation. 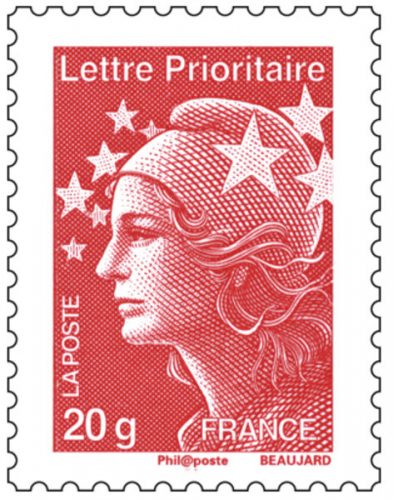 While there are many different stamps in France, the standard one almost always depicts Marianne. Their design changes every few years.

(picture sources: all of them are from Wikimedia Commons except for the stamp that is from La Poste)

Are there any taboos or unacceptable depictions of Marianne?

Not that I can think of. Of course, when represented in an official context, she will always be depicted in an “acceptable” way. But beyond that anything goes, and caricatures of Marianne are common.
Now of course, what is considered acceptable or unacceptable can be a very personal thing, and I’m sure nationalistic and conservative people regularly get offended by non “traditional” depictions of Marianne.

Is Marianne still relevant and recognized as a symbol of France to the French people?

As I have pretty responded already, yes, Marianne is still relevant, mostly because of its official status.

Is she a useable, recognizable, character If I want to illustrate/depict France, or the French people?

She’s definitely useable. Will she be recognizable? Well, it depends on the depiction (obviously, the further from the traditional idea of what she’s supposed to look like, the less recognizable she’ll be) and the audience (some foreigners are less likely to recognize her than French people).
Actually, to be honest, I’m not too sure how “famous” she is out of France. To keep on comparing with Uncle Sam and John Bull, while Uncle Sam is famous pretty much all over the world (because of the US’s influence all over the world since the end of WW2), John Bull is not. People with little to no ties to Britain have never heard of him. I believe that Marianne is somewhere in between, but really, I don’t know.
One last thing though, as previously mentioned, Marianne is more the allegory of the French Republic than anything else, not really of the French people, even though one can argue that it’s the people that make the republic.

I think that answers the questions.

As usual, if you want more details on this or that – or simply add your two cents – feel free to hit the comments.