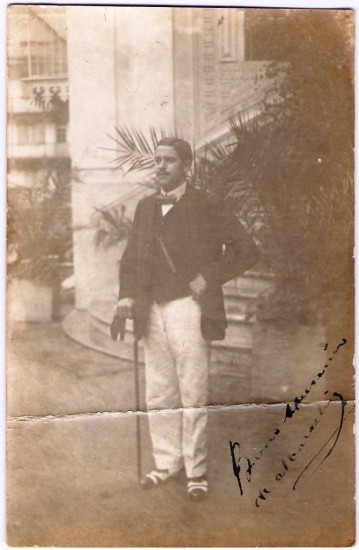 I don’t know much about him. I just know that his name was Marcelin or Marcel (not sure if Marcelin was a nickname or his real name), that he was my grandpa’s cousin, and that he was in the French navy during WW1 and later. He wrote a bunch of postcards to my grandpa, you’ll see them here at times (most of the ones coming from abroad or showing ships are his). That’s pretty much all I know about him.

I always found this picture a bit intriguing because he look like a very urban and rich guy on it, and everyone else in the family were farmers. I guess he had a nice paycheck traveling the world (well, mostly the Mediterranean Sea) on his warship.