During my last two years in Paris, I pretty much had the most amazing job one can imagine in Paris (well, except for the money). I got to see and visit things most French people will never see.

One of them is the Iron Closet in the National Archives.

It is located in the Hôtel de Soubise and it looks like this: 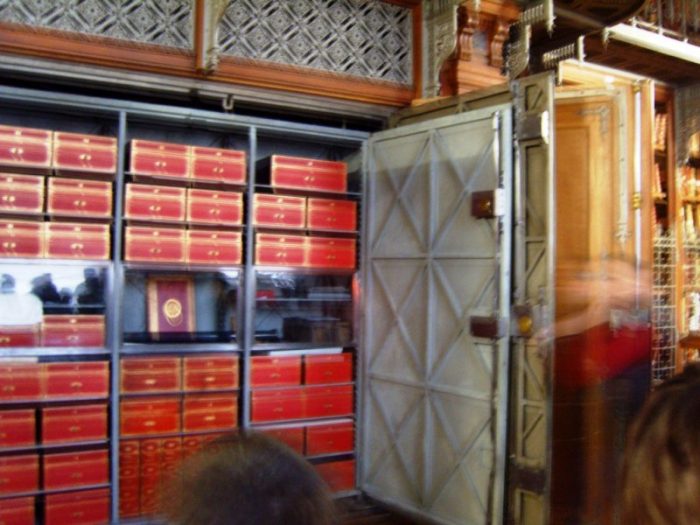 What is it and why does it matter you may be wondering.

Well, it’s an iron closet, but it’s actually three iron closets encased one into the other. It was built in 1790 (although it may have been “updated since… not sure though, the keys still look like very old keys) with the purpose of keeping the originals for official bank notes and such.

Nowadays, it contains something very different as it has some of the most important historical documents from the French History.

To name a few:

I’m sure you’re curious to know what I saw. After all the closet was open (especially for us), they didn’t just open us and left us hanging, we did see a few more than amazing things. It was none of the ones I juts mentioned.

Because every French person will tell you what Louis XVI wrote on his diary on July 14th 1789, as the Bastille was being taken and the French Revolution was being started.

A lot of people have used this to show how clueless he was to what was going on in France.

Now there are two things to keep in mind.

First, living in Versailles, he simply couldn’t know what was happening in the East of Paris at that moment (you didn’t forget that there was no phone, television, internet and whatnot at the time, did you?), but more important, this “diary” is actually a hunting log. As pretty much every King of France, Louis XVI was very fond of hunting, and on July 14th, 1789 what he caught was… Rien… Nothing…

4 thoughts on “The Iron Closet”