Today Jojojiba asked me a pretty long, but interesting question:

Despite being one of the powerhouses of European cinema as well as some of the most important pioneers of film artistry,
how come France could not produce a Golden Age star who is still adored today internationally like Sophia Loren?

Here is the full question:

It’s strange that France is not only frequently stereotyped as having some of the world’s most gorgeous women but the country is well-respected for being a cinema powerhouse (even today, France still sends prestigious movies that garner acclaim worldwide including frequently gaining nominations in the Academy Awards and occasionally wining some). Not to mention France was one of the big Threes in the Silent Film era along with USA and Britain and made major advancements in film science especially techniques and technology.

Note: The text forgets to mention that France actually invented cinema, so this is just a reminder. 😉

As someone who’s been on an Audrey Hepburn binge since last month (…) and started to check out Sophia Loren movies (…) No film star in the Golden Age of cinema (which I will for convenience’s sake refer to in this discussion from the silent film era all the way to 1972) from France has remained legendary status and still adored today in the international scene especially English language nations.

France doesn’t seem to have produced someone who is still remembered today as a legend of cinema before the modern era on the status of Sophia Loren or (…) Marlene Dietrich. Why? It seems at best French Golden Age stars like Jean Sorel are only remembered in Europe and not the international scene and even in the UK the mainstream non-core movie watcher base is often ignorant of them with the exception of maybe Alain Delon.

Even if we discount British actors, Sophia Loren still remains a name of immense commercial power and is the non-English Golden age era star that still has big fame in North America and Australia outside of movie buffs (as seen in Seinfeld’s referencing her). Multiple film awards organizations still star her in interviews and point out back to her magnus opus work.

Hell, even Marlene Dietrich despite now being forgotten today (even older generations from the baby boomer era I notice are unfamiliar with her) is still the face of golden age German cinema among film buffs and people getting into German cinema or even getting deeper into Golden Age Hollywood will always eventually encounter her (…). Marlene Dietrich while now obscure among mainstream non-movie watching commoners, still is considered prestigious among movie enthusiast. So much that the AFI put her in the top 10 greatest female movie stars of all time, beating Sophia Loren who was placed in top 25.

So how come no one French (and I mean strictly French such as born and grew up in France and had a career strictly in European cinema, mostly playing French language roles) seems to have become the nation’s Sophia Loren in international mainstream fame and prestige outside of Europe?

Thanks. It’s  very interesting question, but also one that’s almost impossible to answer.

One big caveat before we go any further. I think you need to contextualize a bit more here. A few times in your question, I have the feeling that you confuse “international” with “your socio-cultural and generational context.”

Indeed, especially things like fame and cinema are intrinsically linked to various contexts, and the world “international” nowadays is often mistreated in English (I especially hate when it’s used to mean “foreign”).

Still, I’m going to try answering your question, although, I’m afraid that it’s near impossible, especially the “how come” part.

In short : your answer is as good as mine. Why does someone becomes (or remains) an icon and someone else doesn’t is anyone’s guess.

But as far as international icons go, it usually has to do with how many movies they have done in Hollywood or at least were released internationally.
While I know Sophia Loren, I’m not completely familiar with her career, but I believe that she has done quite a few movies in Hollywood, hasn’t she ?

One thing that needs to be noticed is that usually, when foreign actors become famous internationally it’s because they work at Hollywood. Honestly, even today, I don’t know any German or Italian or even British actor/actress who only works in their country. If I know them, it’s because they have a career either in France or in Hollywood.

And while French cinema is revered around the world by cinema enthusiasts, very few of its movies are exported, especially to the English speaking market. Nowadays, even the world-famous French movies are shot in English, at-least partially produced by Hollywood and most non-French watchers are even aware this is a French movie.

But really, who or what becomes world-famous or what doesn’t usually has to do with chance or hard to quantify factors. Explaining how and why is almost always a guessing game.

Also, I find you a bit tough with French actors. While not many have Sophia Loren’s stature, there are quite a certain number of French “movie icons” although, I’m not sure how famous or not, they are abroad. And ironically, I have no idea who Jean Sorel is.

You named Alain Delon. He was also was huge in Asia, to the point that older people always mention him when they meet me for the first time. When talking about “international”, don’t forget that while the West often dismisses Asia as « secondary » or something like that, the East Asian market/population is bigger than the English-speaking one or the European one.

Other French icons from the “Golden Age”:

But you’re forgetting :
– Brigitte Bardot. She wasn’t the best actress, but she was one of the biggest icons in the world at some point.
– Jeanne Moreau
– Catherine Deneuve. I’d say that Catherine Deneuve’s stature is not that different from Sophia Lauren’s. The only difference is that Deneuve has never really been into the glamour aspect of cinema and has a more subdued personality.
– Romy Schneider. She wasn’t French, but she had most of her career in France.
– Gérard Depardieu. But I guess he’s too “young”.

I’m not sure how famous the following ones are abroad, but they’re also the most important actors of the second half of the 20th Century in France.
– Jean Gabin.
– Jean-Paul Belmondo
– Lino Ventura
– Jean Marais
– Michele Morgan
– Yves Montand
– Philippe Noiret
– Simone Signoret
– I’m sure I’m forgetting a few.

Also, one thing about this “Golden Age” thing. I guess that the period between the “talkies” becoming the norm and 1972 (why that date?) can mean something for Hollywood, but does it for French cinema?

I’m not so sure. I feel that the period that matches Hollywood’s Golden Age in France is much shorter and ended somewhere in the late 50s, early 60s. This may have an impact on the answer to your question. Not sure.

I guess that’s all for today, and I hope it helped, at least a little.

What about you dear readers, what do you think? Did France produce (or not) international movie icons in the post-war period of the 20th Century?

If you liked what you read, please support David+World: 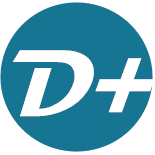