If you’re interested in Paris or in French history, you have most likely heard of the Hôtel des Invalides.

Located in the 7th Arrondissement of Paris, this very large complex of buildings dates from the late 17th Century (when Louis XIV reigned). Its original purpose was to house the “invalides” that is, injured war veterans.
With the construction of the huge domed church as its centerpiece, the place also became the location of some major state funerals and other official ceremonies. It also served as a military hospital, a printing press, a uniform factory and several military factions are stationed there. 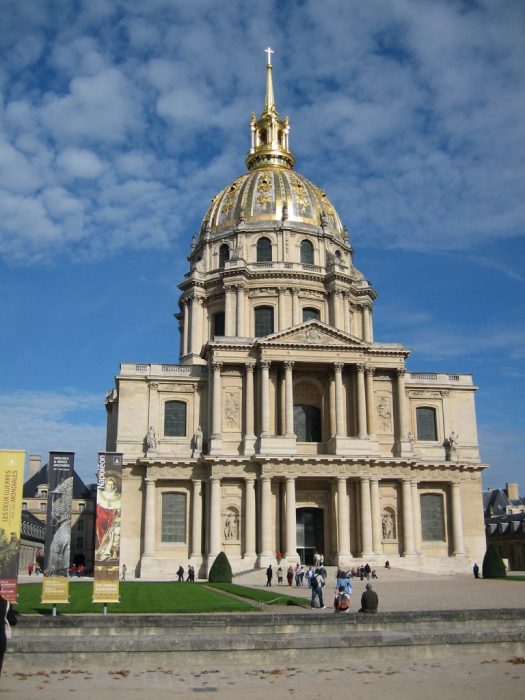 The place will play a crucial role on the morning of July 14th 1789, as the leaders of the protesters that were about to take over the Bastille and the rest of Paris went to the Invalides and demanded to be given the weapons that are in storage there (remember, they weren’t really an angry mob in the usual way it’s depicted – it involved officials, some military factions, and such). The leading officers refused and even ordered for the crowd to be shot. However, the soldiers who were stationed there – a number of them being veterans of Lafayette campaign in North America – didn’t shoot at the crowd, and let it seize the weapons. The French Revolution could have ended even before it started (or at least would have taken a very different shape, the Revolution didn’t start with just one event) if it hadn’t been for the soldiers of the Invalides. 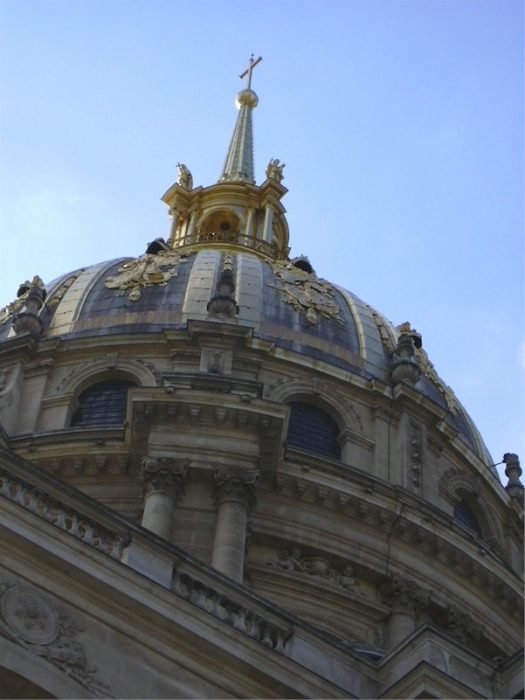 At the end of the Revolution, the Invalides became a strategic venue for Napoleon in terms of propaganda for its conquest and assertion of power. He had the place renovated after the damage it sustained during the Revolution, and grand ceremonies were hosted in the Invalides again for the first time since Louis XIV, starting with the very first Légion d’Honneur ceremony.

And this is where Napoleon will eventually be buried, and where his body still is today.

Nowadays, the Hôtel des Invalides still houses a few injured veterans, but it’s mostly a series of museums dedicated to the military and France’s military history. Many generals and other military figures are also buried there with Napoleon.

And, major ceremonies (not with propaganda in mind, as they’re not really publicized to the general public) still take place once in a while, like on that day (which happened to be Bastille Day). I had decided to have a walk in the neighborhood, and I stumbled upon this major ceremony involving lots of soldiers, generals and other military people and even the Minister of Defense. If I remember correctly, it was the retirement ceremony for the head general of the Land Army: 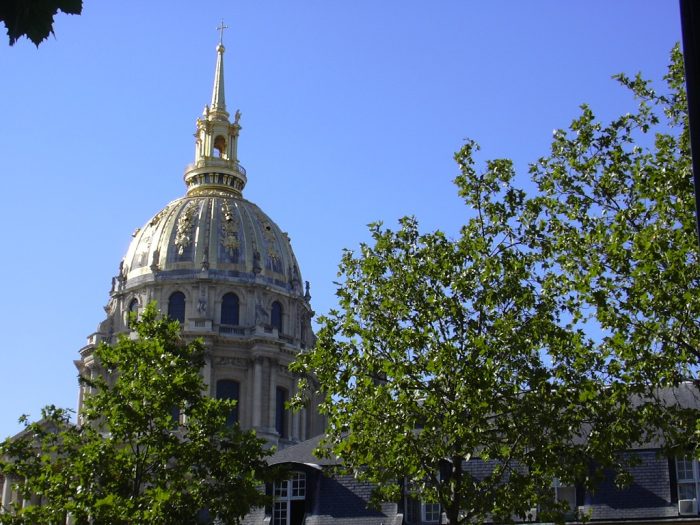