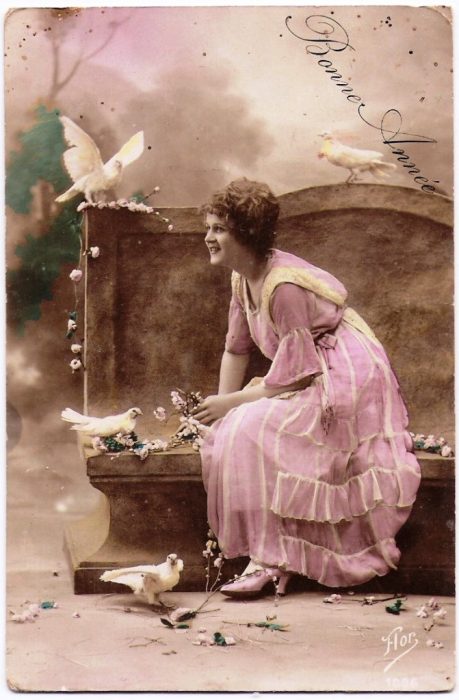 Just like pretty much every other year, let me wish you a very Happy New Year 2015 with a century old French postcard.

I still have quite a few in stock, apparently postcards were pretty popular at the turn of the 20th Century to wish loved ones a new year (kinda makes sense, doesn’t it?). And the same question remains: who are those people on the cards? Family and friends who went to the photographer’s studio for the occasion? Models? Famous people? Still no idea, however, I tend to think that they are just models (if they were family and friends, I assume there’d also be men, older people, kids, etc.) Why would they put young female models on New Year’s greeting cards is still a mystery to me though. Anyone?