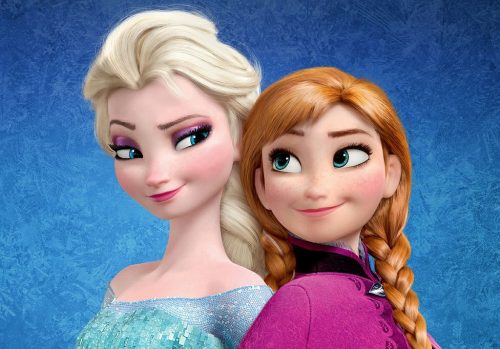 So, this is Christmas vacation (called “Winter vacation” in Japan) and among other things, I’m watching movies and cartoons with my kids.

Believe it or not, it was the first time I saw it.

Here are a few of my impressions (in no particular order)

First of all, and overall, it was much better than I was expecting.

I even really really like some parts. Character building is pretty good overall, especially Anna. She’s a great fleshed out character. Elsa too, especially in the first parts of the movie, maybe a bit less later, when she stays in her ice castle.

However, do Disney movies always have to break into a song every 5 minutes ?

I really really hate that.

It totally takes me out of the movie every single time. I know, Americans seem to love that for some unknown reason, but for me it kills the pace, the tone, everything. Why can’t we have a Disney movie without songs? Am I the only one who finds that just plain odd, to cut your movie with songs?

And to top it all, now I’ll have Let it go stuck in my head for the next six months (I knew that was gonna happen), despite the fact that it’s pretty much sucks in French (yes, we watched the movie in French for the kids).

Sadly, the song in French is sung quite poorly by whoever sings it, and it destroys that scene, which is supposed to be the cornerstone of the movie.

Actually, a few hours ago I had a debate with an American friend about that (she, of course, deemed the scene a success), and after a while of not being able to find common grounds, especially because at times I had the feeling that we weren’t talking about the same thing, I paused, watched the scene again in English… And… She was totally right!

That scene is indeed very strong… Except that in French, it’s not… at all… In French, the singer has no passion, no feeling when singing it, it seems that Elsa is not having this big turning point in her life, she seems unaffected by what just happened and decides to finally embraced her powers just because. Remember people, when you can avoid it, do not watch dubbed movies.

Fun fact, despite having heard the song about two million times, I don’t think I had ever really fully heard it (or at least listened to it) in English. For those of you not living in Japan, you gotta understand that, back in 2014, you couldn’t get out of your house (or even turn the TV on) without hearing the song at least once a day – if not more – for pretty much the entire year. The song was in Japanese, though. It doesn’t suck as hard in Japanese as it does in French. Japanese singers tend to be good with conveying strong feelings in their songs.

One thing I really didn’t like was the Prince (what’s his name? Hans?) turning into a bad guy halfway through the movie. I think it was poorly done. We don’t have to have strong hints beforehand, but for example in the ice castle, he seems to fear for Elsa’s life, maybe even kinda saves her from the Duke’s henchmen. And then, we learn later on that her dying is part of his plan.

One thing that really took me by surprise (that is, first I hated the premise, but then loved the big reveal) was that once again, Anna was going to be saved by a guy’s kiss, in good old sexist old school Disney fashion. I thought Disney was finally past that and it seemed that it wasn’t…. Except that it is, indeed! Good job, Disney!

Elsa saving Anna and not a prince, or not even Kristoff, was indeed the best surprise of the movie. I also like that both sisters are very strong and multifaceted characters, but I mentioned it already.
Kristoff and the reindeer are characters that would usually annoy me, but I actually liked them quite a lot for some reason. The screenwriters managed to avoid the worst clichés that usually go with those kinds of characters.

Olaf was kinda annoying though. Sorry, I know he’s quite popular with the kids.

Also, now that Disney has bought out Fox, I hope that means that Elsa can join the X-Men (Iceman’s powers suck compared to hers).

And now, the verdict from my kids:

– My daughter (5 years old) was very silent during all of the movie, she even told her brother to shut up at some point. It means that she must have really liked it (because she won’t tell me openly, she’s that kind of kid).

– While my son (2 years old) wasn’t always quiet – that’s only the third of fourth feature length movie he’s watching in his life, he hasn’t gotten the whole “be quiet during a movie” thing yet – he sat and watched the entire movie, which maybe a first. And while most of the story went well over his head, he laughed very hard at times, most of them involving the snowman, so I guess it served a purpose.

Oh and because there’s no reason for me to be the only one with Let It Go in his head for New Year’s Eve, here is a present for you. Enjoy:

(credits: of course the picture is not mine and belongs to Disney. I’m using it only for illustrative purpose, please Mickey, don’t sue me)