Today’s prompt for Inktober is Freeze.

I had to think a little bit for this one, and tried a few different things before settling for what you’ll see next.

My first thought was a frozen mammoth, but it kinda had to be cartoonish (can you imagine drawing a realistic frozen mammoth? Me neither). I had just done cartoonish in the two previous posts, so I wanted to change.
Well, I didn’t have to, but this Inktober experiment is really to help me get better at drawing and maybe find my own style. So I want to try different styles.
After brainstorming for a little while, I had Mr. Freeze the supervillain, but I’m actually not too familiar with him. Mr. Freeze the frozen candy I used to eat as a kid? I guess it’s not called like this everywhere, and what would I draw anyway? a rectangle? A snowman? For some reason, not feeling it (mostly because it’d have to be cartoonish). Jack Frost? Probably not the one you’re thinking about. I mean, him. See, you probably have no idea who he is, so I dropped the idea. Frozen also came to mind, but no…

My following idea was a frozen man, Jack Torrance’s style at the end of Shining. I almost went through with it, when something else came to mind.

Wait, what? A baby? Yes, let’s start with a baby. I’ve found a way to draw one quite easily on this video. I’m sure it’s obvious to you people who can draw , but I’ve found drawing a face by starting with a square to be quite interesting. 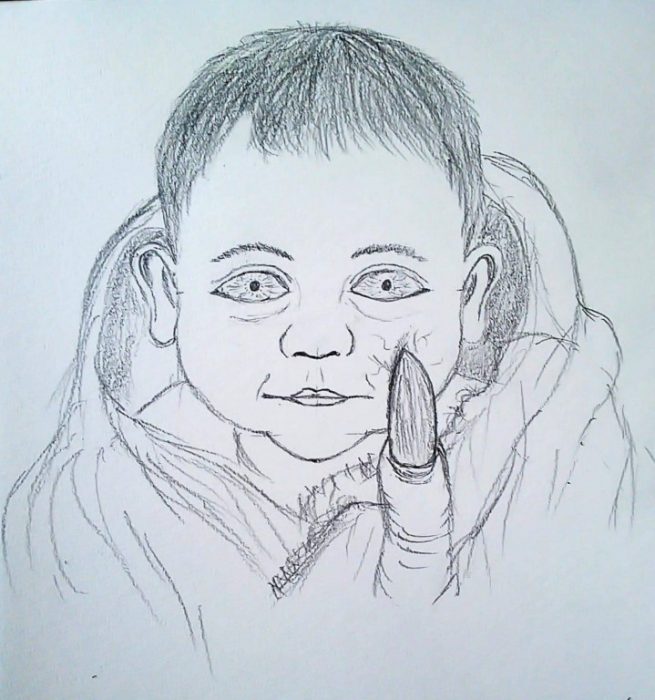 Oh no! What is happening to this baby?  Nobody’s gonna hurt him, will they?!

I’m afraid I have bad news for you. 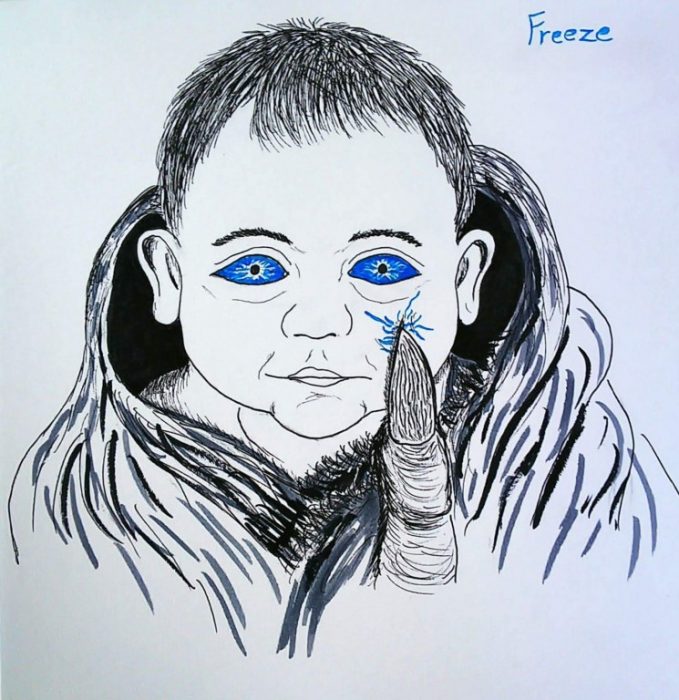 Once again, I didn’t dare to add more ink from fear to completely messing up the drawing. Maybe I should have added some greyed out background, not sure. In the meantime, it’ll stay this way.

And for the few of you who haven’t watched Game of Thrones, spoiler alert, I guess…

Actually, there are several prompts this year that give me some Game-of-Thrones-themed inspiration. I’m sure you’ve figured out which ones. We’ll see what comes out of them in due time.