Strange feeling right now. A bit of a similar feeling from what I experienced after watching the Return of the King, but older (wiser?) and a bit sadder.

I’ve just returned from watching the Battle of the Five Armies, and this is really like closing that book that has been with you for so long.

The Hobbit is the first “real” book I have ever read I believe. I used to dislike books, didn’t see the point (yes, this is the guy who almost got a PhD in literature that’s saying this). Then one day a friend literally forced me to read the Hobbit. I was 12 I think. It literally changed my life. I read the Lord of the Rings shortly after, it took me about one year to finish, that’s how much of a non-reader I was. Those two books have been with me ever since. Figuratively and literally; I don’t know how many copies I own. I buy a new one every few years, just in case I lose an older one, just to be sure I have one near me.

When I heard that the movies were being made, it was something I could not hope for, even if I was confident Peter Jackson could pull it off. I don’t know why, but yeah, in 1998, when I heard that he was going to direct, I felt that the director of the Frighteners, Bad Taste, and Heavenly Creatures was the right guy. Once again, don’t ask me why, I just kinda knew it. Well, I think that what tipped me was a long letter he wrote to fans when he was announced as the director. Reading it, I knew that his love for the Lord of the Rings and the world created by Tolkien was genuine. If I was a movie director about to direct this film, I would have written the same letter.

Then, that night of December 2001 happened. The feeling I had when seeing Gandalf entering Hobbiton for the first time was something so unique. I was not speechless because of it was something I had never seen, I was speechless because I was seeing exactly what I had seen in my mind since the very first time I had read the Hobbit. It was real. Middle Earth had become real. That feeling never left me until the very end of the trilogy. Pretty much everything was like I had imagined, was like what I had lived with for years.

You know how, if you like cinema, a film can stay with you, kinda become a part of you. You know how the feeling can be the same with literature. And when two works resonate with each other and with you with such a strength, the effect is tenfold.

Yes, today, I can call the Lord of the Rings my favorite film, and one of the best films ever made.

When Return of the King ended, I really felt that I was saying farewell to some very good friends. It left me quite sad, but extremely grateful. I felt that I was never going to see those people again. It’s almost a bit silly, in this day and age, one can rewatch movies as often as one wants (and believe I have watched and rewatched the Lord of the Rings countless times), but the feeling was there anyway. That tells you about the force of seeing a movie on a big screen rather than at home.

Anyways, the goal of this post is not to review the movies.

Thing is that I watched the Battle of the Five Armies today, and this is it.

It is very unlikely that we will ever see Middle-Earth again on a big screen (I’m not talking about re-releases of course).

And this time it really feels like a real farewell, with all that it implies.

Fascinating how something not real can have such a real effect on you. This is what makes art such a powerful and important things I guess.

I’ve just realized that I haven’t read the novels in quite a while. Maybe it’s time to do something about that… 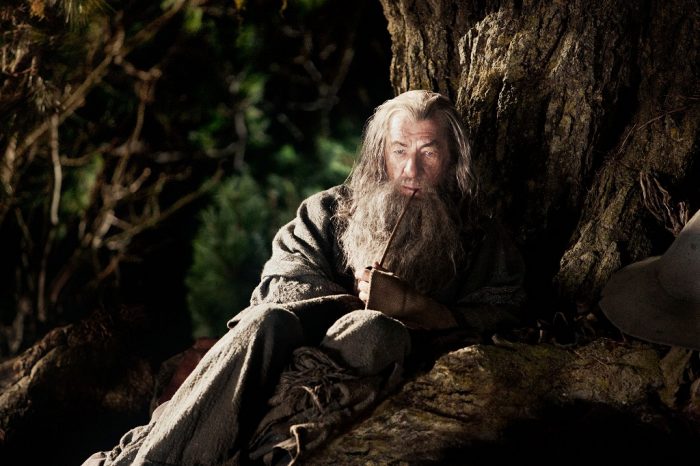 One thought on “Farewell to Middle-Earth?”