I’m back home in Japan, but that’s not a reason to keep on showing you some of the delicious food I ate while I was in France. 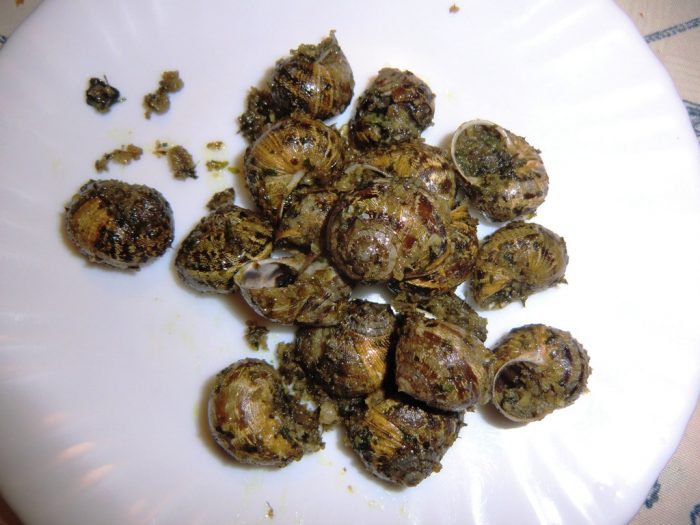 First of all, I’ve always found amusing that English speakers used the French word for this dish when there is a perfectly acceptable one. I guess it’s a way to turn a potentially gross food into something fancy sounding.

So if you don’t speak French I have two valuable pieces of information for you: 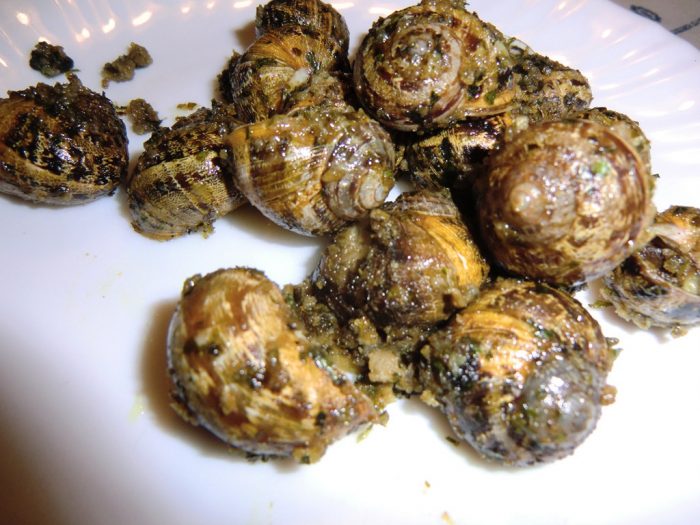 Mini rant aside, here are a few tidbits about escargots and snails:

While it’s a quite typical French dish, French people don’t constantly eat them. I must have had escargots a dozen of times in my life, for no other reason that it’s not such a common dish. Actually, I had some during this Christmas break simply because I stumbled upon a guy who was selling some at the market and I thought that I hadn’t had any in about five or six years.

Also, these species of snails are nothing special. There are the most common snails you’ll find in South West France, there are plenty of those very kind in my parents backyard after a rainy day during the warmer months of the year. However, they weren’t just picked up from the ground. The guy I bought them from is a “stockbreeder.” That being said, some people never buy snails and just pick them up from the ground after the rain.

I bought those already cooked, but it is of course completely possible to cook them yourself. I’m sure you can find some recipes online.

As always, if you get the chance to try some, don’t pass it. You can’t say that you don’t like them before you had them.