Today’s Inktober prompt is Enchanted and my drawing for it won’t really be obvious and probably won’t make sense to you unless you’re a French speaker.

This is Zébulon and you’ve probably never heard of him unless you’re French or British (in which case you’ll call him Zebedee), although Wikipedia is telling me that the show was also broadcast in a few other countries at some point or another. Apparently, it was also revived a few years ago for a little while. I wasn’t aware of that.

The show is one of my earliest TV memories, I must not have been more than four or five years old. Oh, and while the show is known as the Magic Roundabout in English, its original name is Le Manège Enchanté.

There, you have the link to the prompt.

At first, I wasn’t sure if I was going to try to do it in black and white, or with color. The “rule” of Inktober is to try using black ink only, and I’ve already used quite a few colors over the previous days. Then, I thought about trying to ink the drawing with colors, but as I wasn’t too sure what I meant by that (and no time to experiment – it’s going to be an issue this year), I was afraid it would turn out too difficult and messy. So, I went the more classic route and I used both colors and black inking. I’m actually pretty happy with the final result. 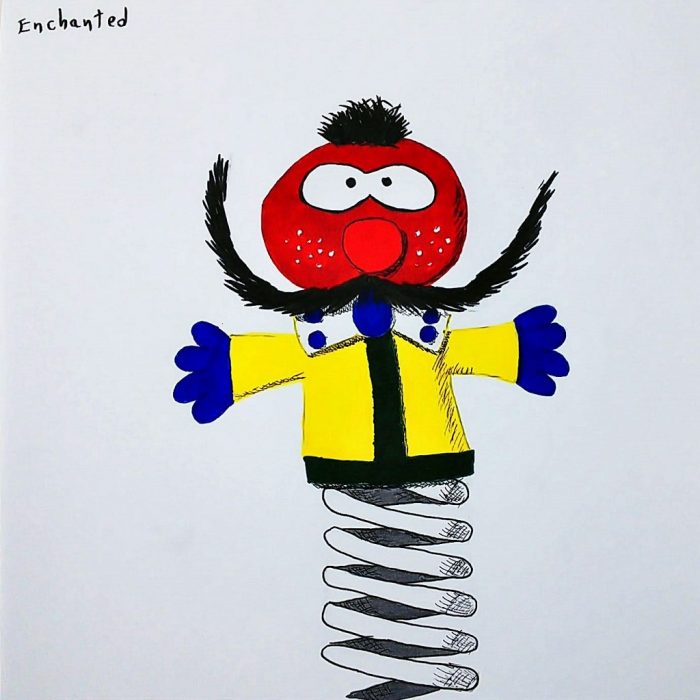 Yes, I’m pretty happy, just with a little hatching, I managed to create some volume with the drawing. Don’t you agree?