Ok, yesterday’s drawing for Inktober was a bit of a disappointment (I started with high hopes, I had a sketch that I thought was promising, but the final result wasn’t that good), I couldn’t disappoint anyone today, especially not myself. The prompt is Dragon, and just like every at least vaguely geek person, I love dragons.

So I was going to draw a dragon and I had to make it good. No twist on the meaning today, no Napoleon’s dragon or whatever else is called a dragon. It had to be the mythical animal.

As I had just made a Games of Thrones inspired drawing (my second one this year and looking at future prompts, probably not the last one), it was also tempting to draw something Targaryenish, but drawing one of Daenerys’s dragons (at least their TV show version) must require skills and time that I don’t have…

Then I had another idea.

And I don’t know what happened, but… well, this happened: 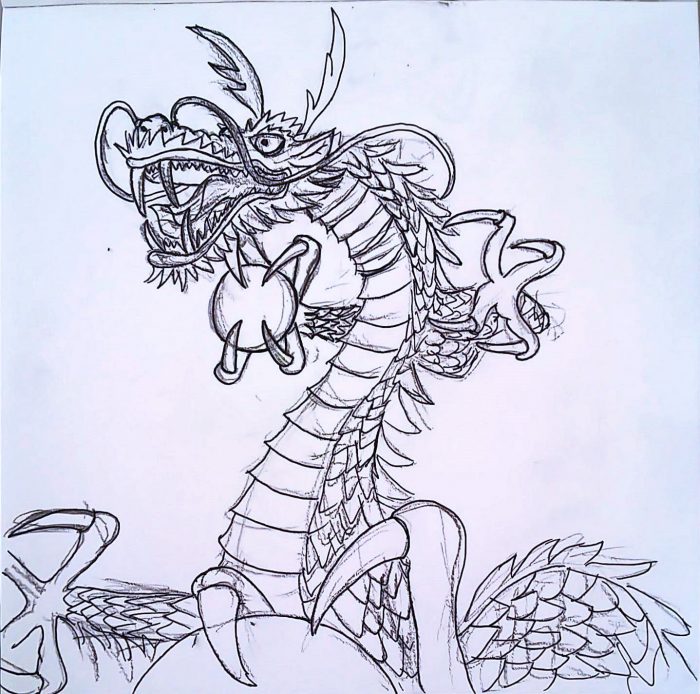 Whoops, I had forgotten an arm in the first sketch.

I have to admit I was pretty happy with this drawing. Really happy.

And for some reason, I think I like my drawings better before erasing the pencils.

However, I had to erase the pencils for this one, as I had something particular in mind. It made me very scared because if I messed up, I could simply destroy this drawing that I was pretty proud of. 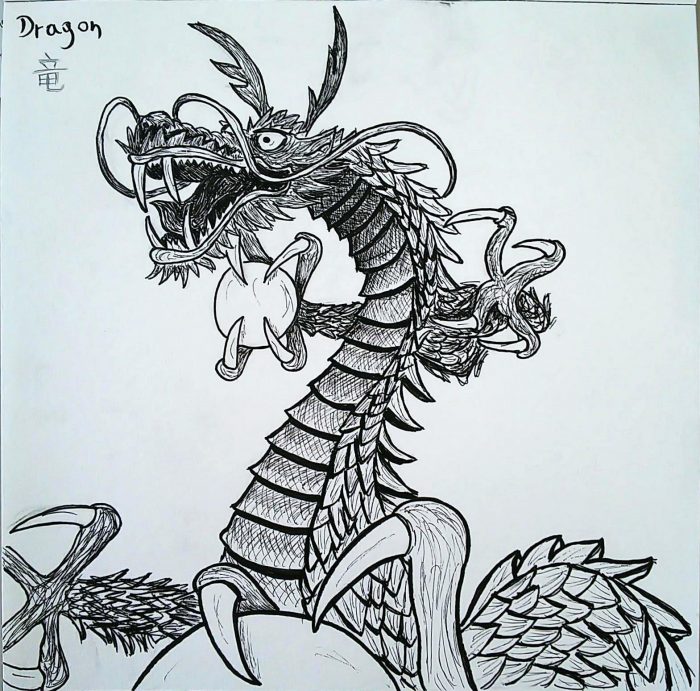 I didn’t mess up!

Honestly, I think this is my best drawing ever. I can’t even believe I managed to succeed in drawing it.

Oh, by the way, this dragon actually “exists”, it’s a statue in a pretty kick-ass shrine in my city:

Tomorrow, something much more simple and faster to draw. As you can expect, this dragon took me much longer than my other drawings, but I don’t regret a thing.