Still catching up with Inktober, and difficult to do with another prompt that doesn’t really inspire me – Coat. Really, for a long time, I didn’t know what to draw apart from – you know – a coat… A famous character with a coat? Humphrey Bogart? As if I could draw Humphrey Bogart… Rorschach from Watchmen? I almost did, but I knew ahead of time that I didn’t have the kind of time I’d need to draw a half-decent one.

Then, I realize that “coat” also is polysemic and that among those other meanings, there is coat of arms.

So, I simply drew my hometown’s coat of arms: 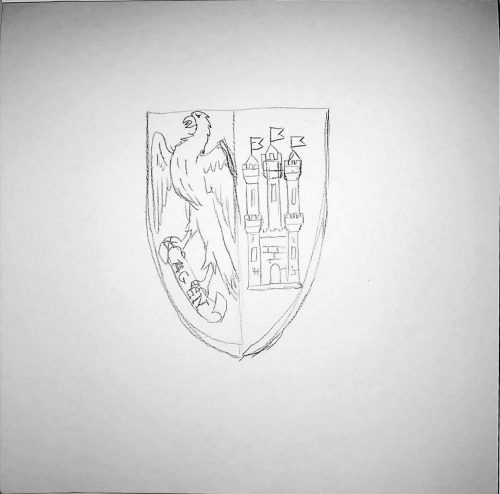 This is the small city of Agen, in South-West France. 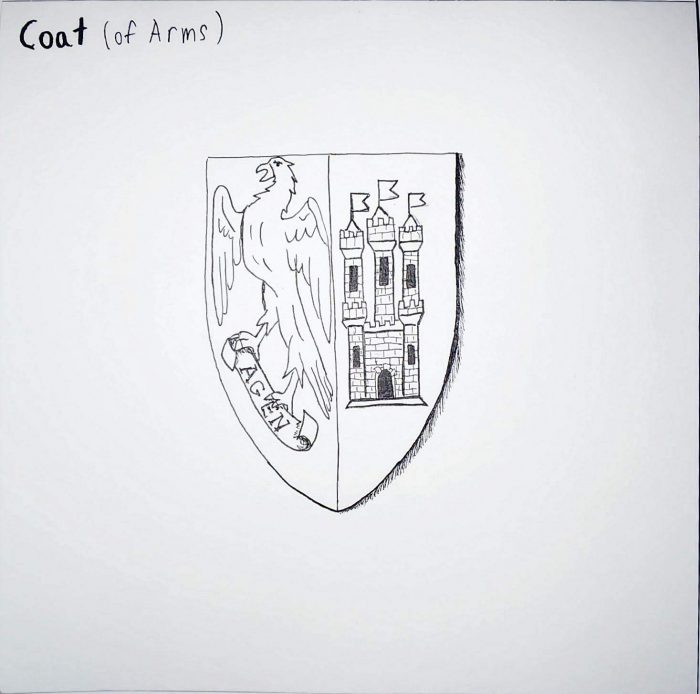 Now, I’m a bit in a conundrum. The finished drawing actually feels unfinished. The problem with coats of arms is that they’re two dimensional, and also colors matter (the castle is yellow, the eagle stays white, and the background is red). However, I didn’t want to color it, I suspected the final result wouldn’t look too good.

So I tried something else, but… it doesn’t look too good either: 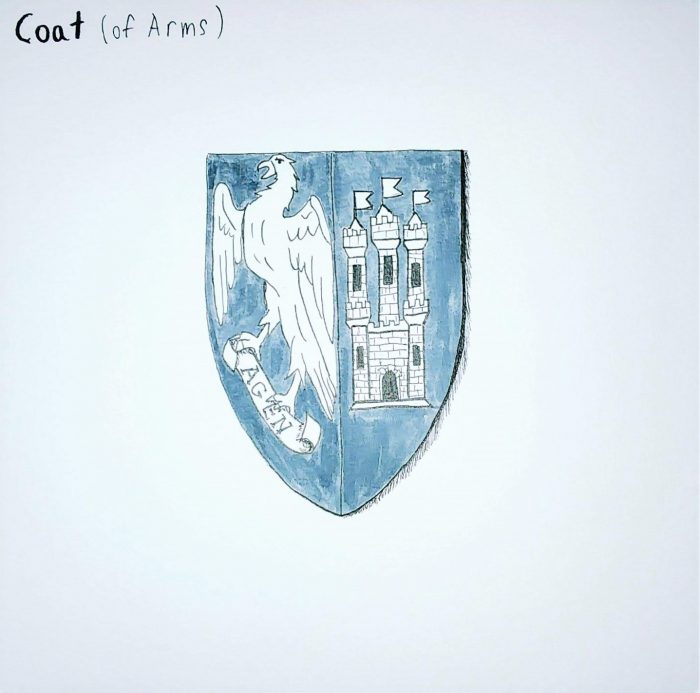