For today’s prompt Catch, my original idea was to draw a fish caught with the bait from day three. However, that required time that I don’t have; to find a fish in a similar style, manage to draw it properly and all that. And also, I kinda want that little worm to survive its ordeal somehow.

So, I changed my mind and when another direction:

I was tempted to consider the second picture to be the final result, but I was also tempted to add some more color. The last time I tried it was such a mess that I didn’t even dare publishing the failed attempt, but I didn’t want to stay on a defeat. Also, some people liked the red on the previous drawing (I have to admit that I always liked drawings in black, white and red the best). So, I had to try again. Not simply coloring, but something else. Well, the result is kinda OK, don’t you think? (you’re obviously allowed to disagree 😉 ) 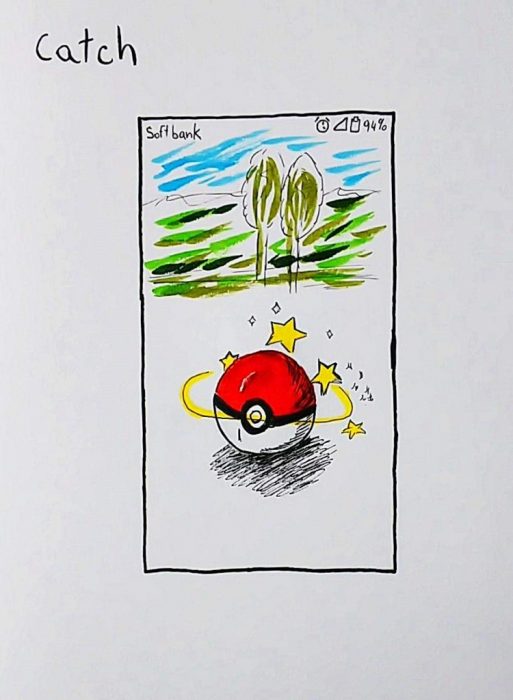 Alright, one more drawing to go.