Let’s return to Carcassonne for a short while and after the castle, let’s focus on the city walls a little bit. The oldest parts date back from the Gallo-Roman period, but it is in the 13th Century that the Kings of France decided to modernize and enlarge those walls that make the fortified city of Carcassonne what it is.

Those walls are built from local stones, they’re several meters wide and between 10 and 12 meters high.

There is not one but two enclosures, which made the city particularly difficult to invade. If enemies managed to breach through the first enclosure, they’d still have to go through the second while being in a very vulnerable position in between the two walls. 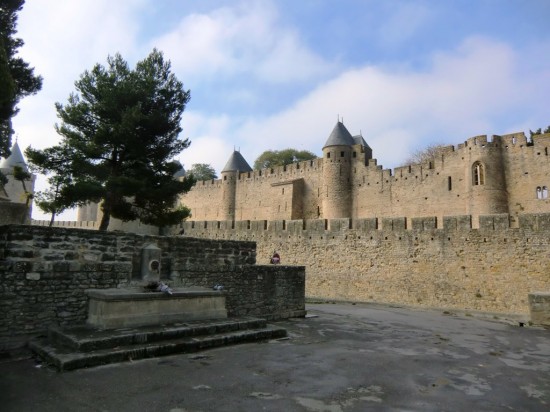 The Narbonne Gate, which is the gate you’ll most likely enter through when you visit Carcassonne dates from 1280 and was built under the reign of Philippe III. It gets its name from the fact that it faces East, towards the city of Narbonne, and as I have just mentioned, it is the main gate to enter the city. 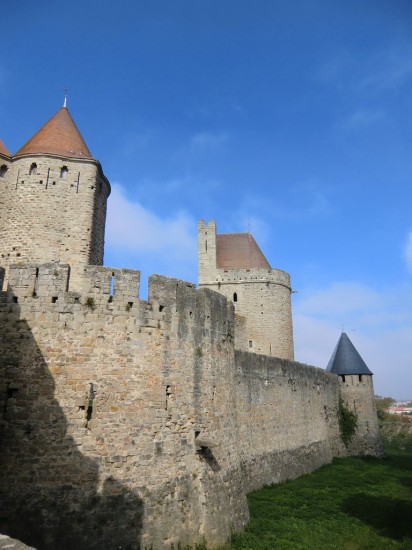 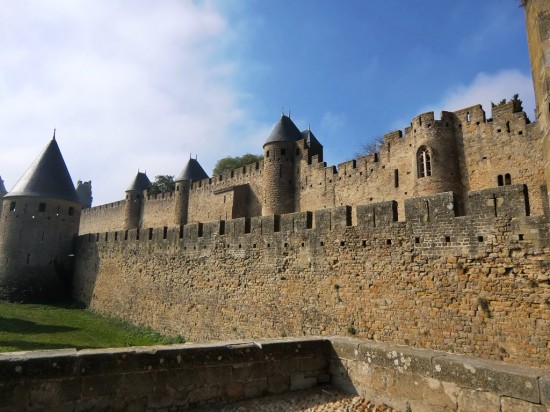 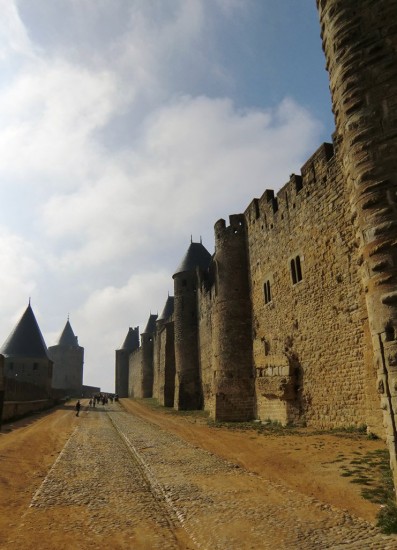 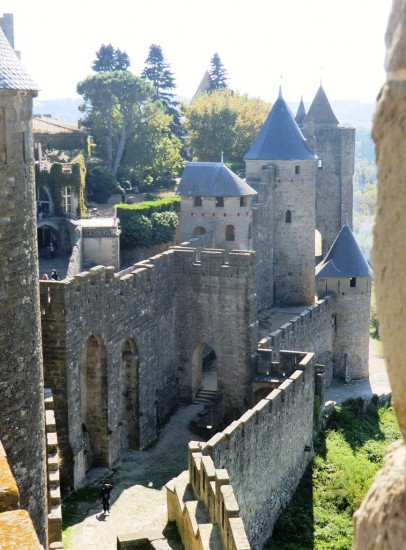 The walkway goes around most if not all of the enclosure and goes through every one of the 52 towers of the city walls. Nowadays it is possible to walk along most of these walkways. 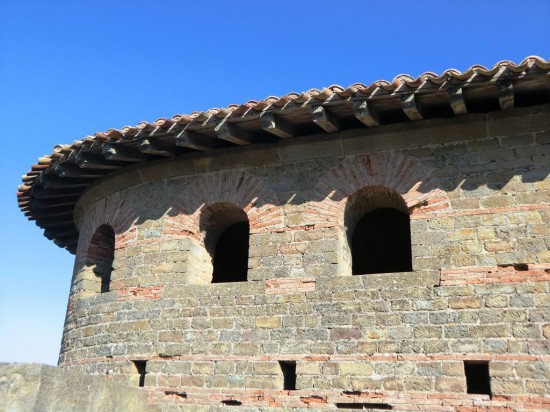 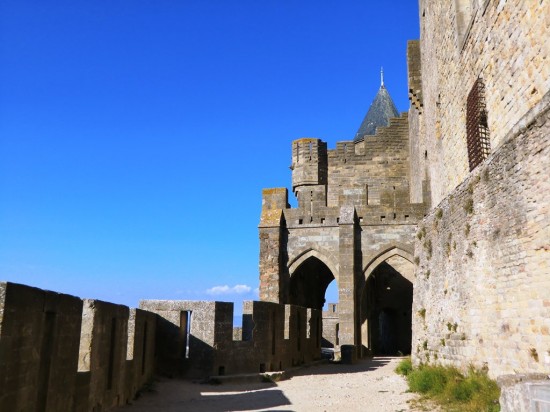 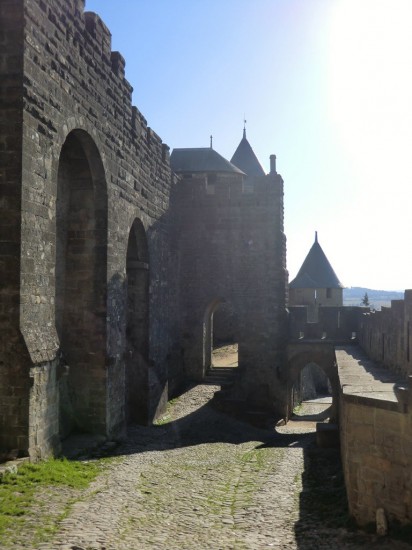 The Aude Gate allowed access to the River Aude from the castle. It had an amazing and intricate defense system that is nowadays unfortunately gone. The view is still amazing though. 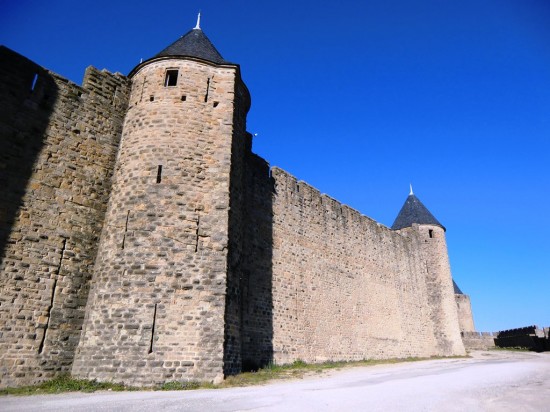 The Saint Nazaire Gate is located at the southern tip of the city and also had an intricate system of defense (I really with I could tell you more about those, but you really need to be there – or for both of us to be medieval war specialists – to my explanations to make sense, sorry).

If you’ve never done so, I hope this post like the one about its castle will make you want to visit Carcassonne. Personally, maybe because I’m from the South West of France, I know much better castles, much better medieval towns, but I don’t think there is a place in Europe that has better and more amazing city walls, and in my opinion, they are the main reason why Carcassonne is probably the most impressive medieval fortified city there is.