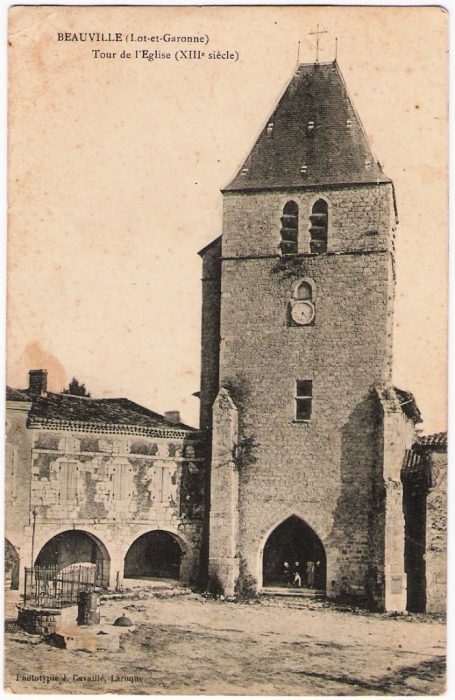 Beauville is a small village in Lot-et-Garonne.

While the St-Jacques Church dates from the 13th Century, its bell tower is more recent (16th Century). As it wasn’t uncommon in the area and at the time, its function was obviously religious, but also military, as it was also a defense tower to help protect the city.

It hasn’t changed much since that picture was taken about a century ago, as you can see there.