This week’s prompt for Inktober 52 is Balloon.

The rule I kinda gave myself for this year-long and that I followed until now (I don’t promise to never break it) is to draw the first thing that comes to mind after seeing the prompt.

This week, the drawing evolved a little bit from my original idea, but it still comes from the same “source.” I’m not going to tell you which one, but it’s not too difficult to guess.

Let’s start with the sketches as usual:

Next, I actually have two versions of the final drawings.

I liked the first one: 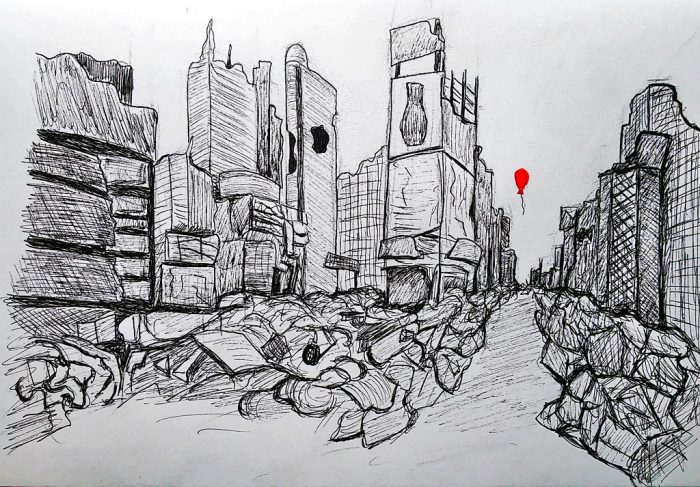 However, I thought it was a little too white, so I added some gray: 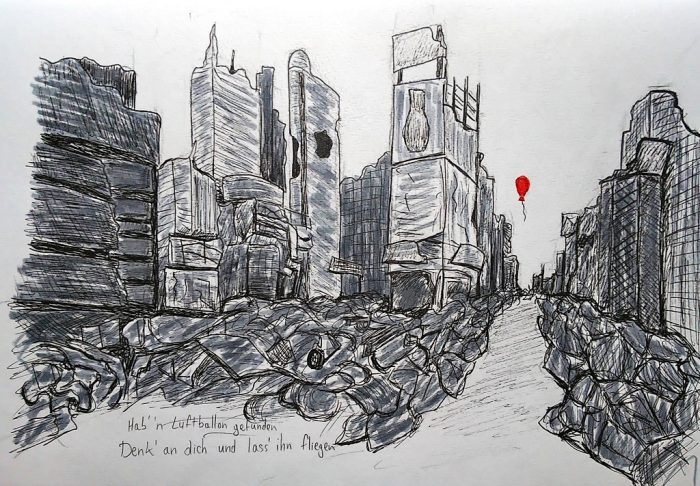 And now I’m not too sure which one should be the “right” one. On paper, the “white” one actually looked better (but it’s gone now). However, on a screen, maybe the “gray” one is fine.