Today, we went to this restaurant almost in the middle of nowhere (Bardigues, Tarn-et-Garonne) called L’Auberge de Bardigues.

It was not my first time there by any means, I’ve been several times and it’s, not only one of my favorite restaurants in the area, but one of my favorite restaurants, period. Actually, I wish I would go there more often, but it is located about 35 km (22 miles) from home; not completely convenient to have lunch there on the spur of the moment. However, that being said, the fact that it is located in a tiny village in the countryside definitely adds to its charm.

Yet, this is not the settings that makes this restaurant exceptional but what really matters when you go eat in a restaurant: the food!

The cuisine is French, but not “traditional French,” I’d call it “original French” as the chef (Chef Ciril) always manages to invent original dishes, mixing flavors in a very original way. I actually always imagine Chef Ciril trying to mix new flavors like a mixologist would do until he finds the perfect one.

Also, this week, in France, there’s a campaign that is called “Tous au Restaurant” (Everyone to the Restaurant) and which consists in special menus, deals and whatnot in a certain number of restaurants all over France. For more details, go check the official website there: Tous au Restaurant.

And here is what L’Auberge de Bardigues has to offer this week. It’s a menu for two people, costing €48. Here it is: 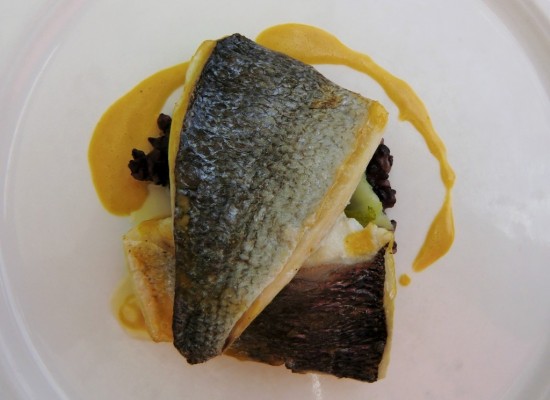 Dégustation de fromages
(selection of cheese: two goat cheeses and a cow one, the three were amazing)

I let you imagine how good it was, no description and no picture can totally do it favor. And yes, I had planned on taking pictures of every dish, but thing is that taking pictures of food in France is not a habitual thing for me – as it can be when I’m in Japan for example – and I forgot most of the dishes. Also to be honest, I was too busy enjoying eating them to really think about pictures.

In other words, if you’re ever in the area (that is between Agen and Montauban) and if you want to have an awesome meal, this is the place to go. Also note that on top of being very nice and very professional the staff is also very internet savvy and the restaurant has a great website (as well as a Facebook Page and a Twitter account, you’ll find the links within the site)