Today’s drawing for Inktober is a simple drawing. Truth is that it has happened. Until now, I always was ahead by a few days in my drawing schedule, but a few busy days, two drawings that took longer than the other ones (Snow and Dragon), and that “time advantage” has completely vanished. So you can expect simple drawings for the next few days, starting with today’s prompt: Ash.

I decided on Ash Ketchum almost right away – I have to have at least one Pokémon related drawing, haven’t I?

However, I didn’t really want to draw him, more something that reminds us of him. Well, what is his most recognizable feature if not his hat? So here it is, Ash Ketchum’s hat: 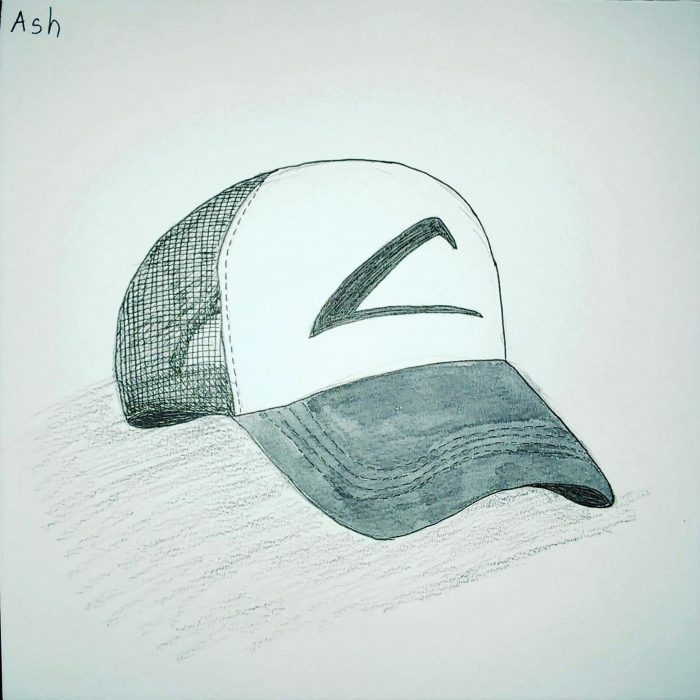 Fun fact: Ash’s real name is Satoshi in Japanese (just Satoshi, I’m not even sure he has a last name), and I first discovered him under the name of Sasha, as it’s his French name.

Not as fun fact: and here we are, I don’t have a drawing ready for tomorrow of the following days, and I don’t think I’ll be able to draw at all before at least Wednesday. Yikes!