That’s it.
Another season of Survivor is over. This one was a strange one I must admit. I can’t say I disliked it, but it’s definitely not one of my favorites. I guess we can blame it for some very bad twists: Old Vs Young could have worked if there had been more physically fit old people (of the likes of Terry Deitz or Tom Westman) but not with this cast. The Medallion of Power!? The production ditched it halfway through, it sucked that much. The reshuffling of the tribes? More often than not I like it when they do that, but this time it was an obvious sign that the production was scrambling so that the older tribe doesn’t self-destruct, and it didn’t really work out well, as some of the most interesting dynamics in both tribes got wiped out (Marty knows what I’m talking about). But despite all of that and the fact that the most interesting players got voted out too early (yes, that’s you again Marty as well as Brenda), the second half of the season was very interesting and the finish was great. OK, I’m saying this because Fabio won, I assume I would have been really pissed today if it had been Chase. I mean, it’s really been a long time since I have been totally satisfied with the winner, I guess the last time was J.T. in the Tocantins, and even then, I was actually rooting for Stephen Fishbach.

Some last words about the contestants: 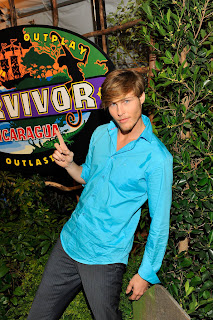 And with that we’re wrapping Survivor Nicaragua. I really hope I’ll see Fabio, Brenda, Marty and Sash again (on TV, on the web, anywhere), the other ones I won’t necessarily miss much (well, it depends) and I’ll be back very soon to talk about Survivor 22 Redemption Island!