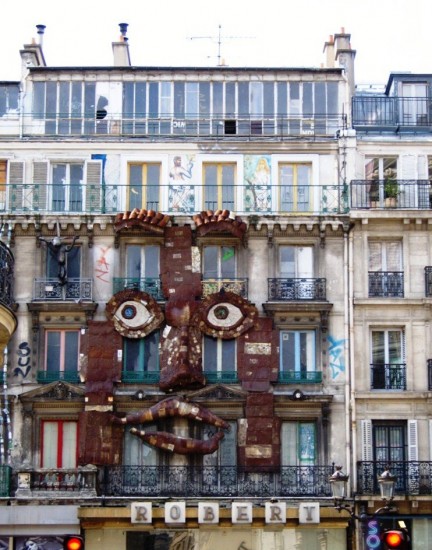 59 Rivoli, located at 59, rue de Rivoli (duh!) is an artist residence house that I advise you to check out if you’re in Paris.

The building used to belong to Crédit Lyonnais, but was one of those numerous unoccupied buildings in Paris (yes, if you’re not aware of it, while there are so many homeless people in Paris, there are also thousands on unoccupied buildings, because their owners rather leave them empty than rent them out to poor people, that too is Paris). In 1999 a group of artists starting occupying the building and turn it into an art exhibit hall as well as some art studios.

It became popular very quickly and while they faced eviction several times, they managed to stay. In 2006, the city of Paris bought the building, renovated it, and it officially became an art exhibit/art studio.

For more info, you can check out 59 Rivoli’s official site (in French only though)